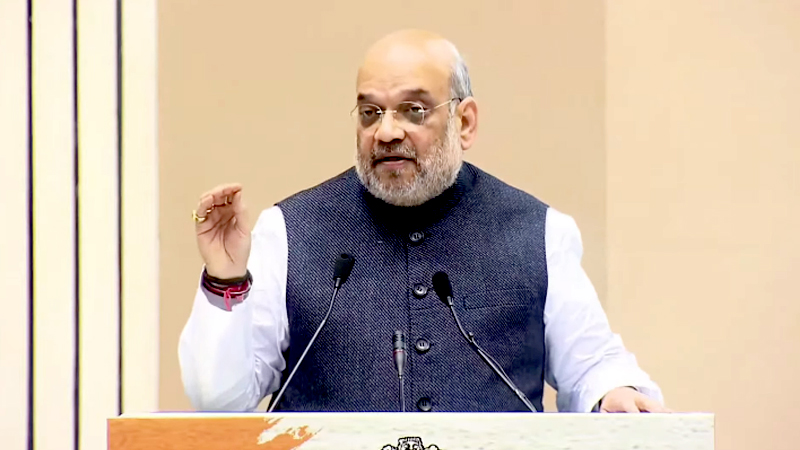 Union Home Minister Shri Amit Shah addressing BJP Karyakartas in Meerut on 22 January, 2022 launched a scathing attack on previous governments of Uttar Pradesh for working for a particular section of the society and highlighted that the incidents of dacoity, loot, murder and riots have reduced after the BJP came to power.

He said that Bharatiya Janata Party worked for the overall growth of UP. Addressing a public meeting in Meerut Shri Shah said, “For the last 20-25 years, people in Uttar Pradesh were misled by the governments.”

The Home Minister further stated that if each and every person in the state is not happy, it means the country will not be happy because UP is the most populated state in India.

“I request people not to vote for any MLA, but to vote for that person who will change the fate of the state,” Shri Shah added.

Speaking further, he said, “Today, after 5 years, I have the report card of BJP government in UP. I challenge Mayawati and Akhilesh to discuss figures with me. In comparison to 2016, today there is 70 per cent reduction in dacoity, 69 per cent in loot, 32 per cent in murder, 86 per cent in riots, 22 per cent in dowry death and 52 per cent in rape cases.” “After the formation of double engine government, 1.67 crore mothers in UP were given free gas cylinders and gas stoves for the first time. Under Pradhan Mantri Kisan Samman Nidhi Yojana, our government has so far given Rs 32,500 crore to about 2.48 crore farmers,” he added.