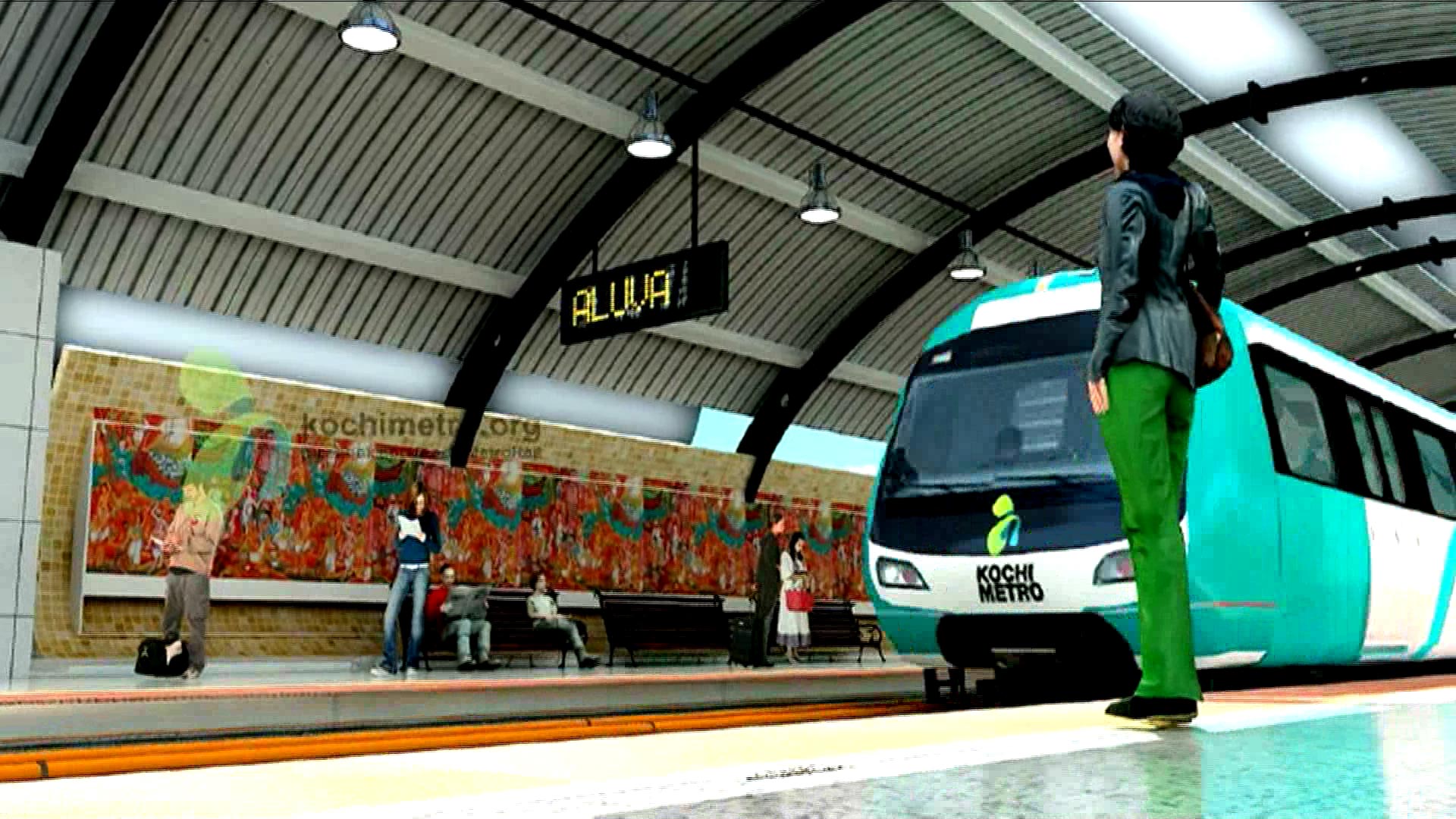 While beginning his speech in Malayalam Shri Narendra Modi said “Kochi, the queen of the Arabian Sea, is an important spice trading centre. Today it is known as the commercial capital of Kerala. Kochi ranks first in the total number of international and domestic tourist arrivals in Kerala. Hence it is fitting that Kochi should have a Metro rail facility.”

Kochi Metro Rail Limited is a fifty – fifty Joint Venture of Government of India and Government of Kerala. The Union Government has so far released over two thousand crore rupees for Kochi Metro. The phase being inaugurated today will operate from Aluva to Palarivattom. It will cover 13.26 kilometres and eleven stations.

He said “It is the first metro project to be commissioned with a modern signalling system called the “Communication Based Train Control Signalling system”.

“Kochi metro integrates the city’s entire public transportation network into a single system,” Prime Minister Shri Narendra Modi, who began his speech in Malayalam, said at the Jawaharlal Nehru Stadium during the formal inauguration. He said the coaches of the metro reflect the ‘Make in India’ vision. Chief Minister Vijayan presented a hand-carved wooden model of the Kochi Metro car to the Prime Minister. 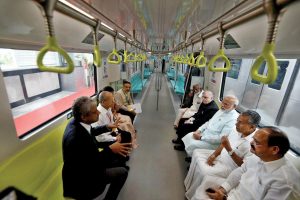 “Over the last three years, my Government has placed special focus on overall infrastructure development of the nation. Railways, roads, power have been our priority areas. In PRAGATI meetings, I have personally reviewed nearly 175 projects worth more than eight lakh crore rupees. We have resolved bottlenecks and significantly improved the average rate of implementation in these sectors. Now, we are also focusing on next generation infrastructure, which includes logistics, digital and gas.”

“A number of initiatives have been taken by us to enhance public transport particularly in the cities. Foreign investment has been invited in this sector. Fifty cities in India are ready to implement metro rail projects.”

The Rs. 5,180-crore project was completed in a record four-year period and the metro line was thrown open to public from June 19. The foundation stone was laid in 2012 and the work -commissioned to the Delhi Metro Rail Corporation – began the next year. When Modi government came to power made work speedier. The first phase of Kochi metro has 11 stations and covers 13.2 km.