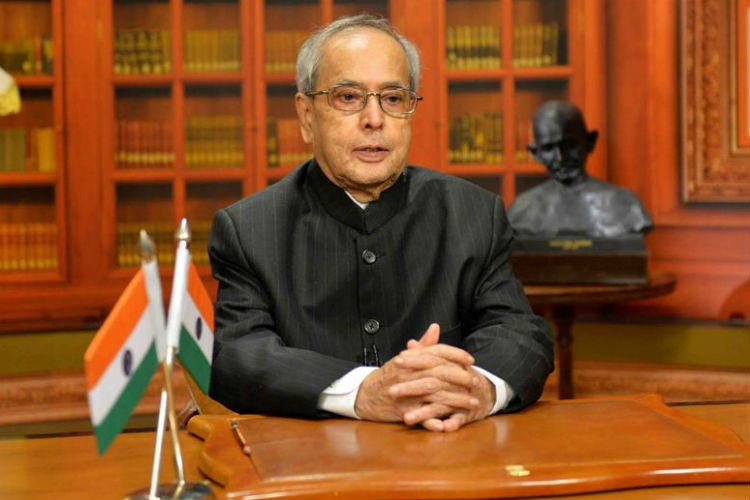 The President of India, Shri Pranab Mukherjee received the first copies of books ‘Mann Ki Baat: A Social Revolution on Radio’ and ‘Marching with a Billion- Analysing Narendra Modi’s Government at Midterm’ from Smt. Sumitra Mahajan, Speaker Lok Sabha who formally released these books at a function at Rashtrapati Bhavan today in the presence of Mohd. Hamid Ansari, Vice President of India, Shri Arun Jaitley, Union Minister of Finance and Defence and other dignitaries. On the occasion the President has termed the PM Narendra Modi as the most effective communicators in the contemporary period.

He said “Various initiatives taken by Prime Minister Shri Narendra Modi have resulted in the Indian economy moving forward in a steadfast manner.”

The President congratulated and expressed gratitude to the publishers for bringing out the two books. He said the books cover important issues of topical concern and should have a wide readership because of their inherent merit.

Vice President of India, Mohd. Hamid Ansari, Speaker Lok Sabha, Smt. Sumitra Mahajan and Union Minister for Finance and Defence, Shri Arun Jaitley also addressed the gathering and gave an account of how the books capture key aspects of the personality of Shri Narendra Modi and achievements of the Government.