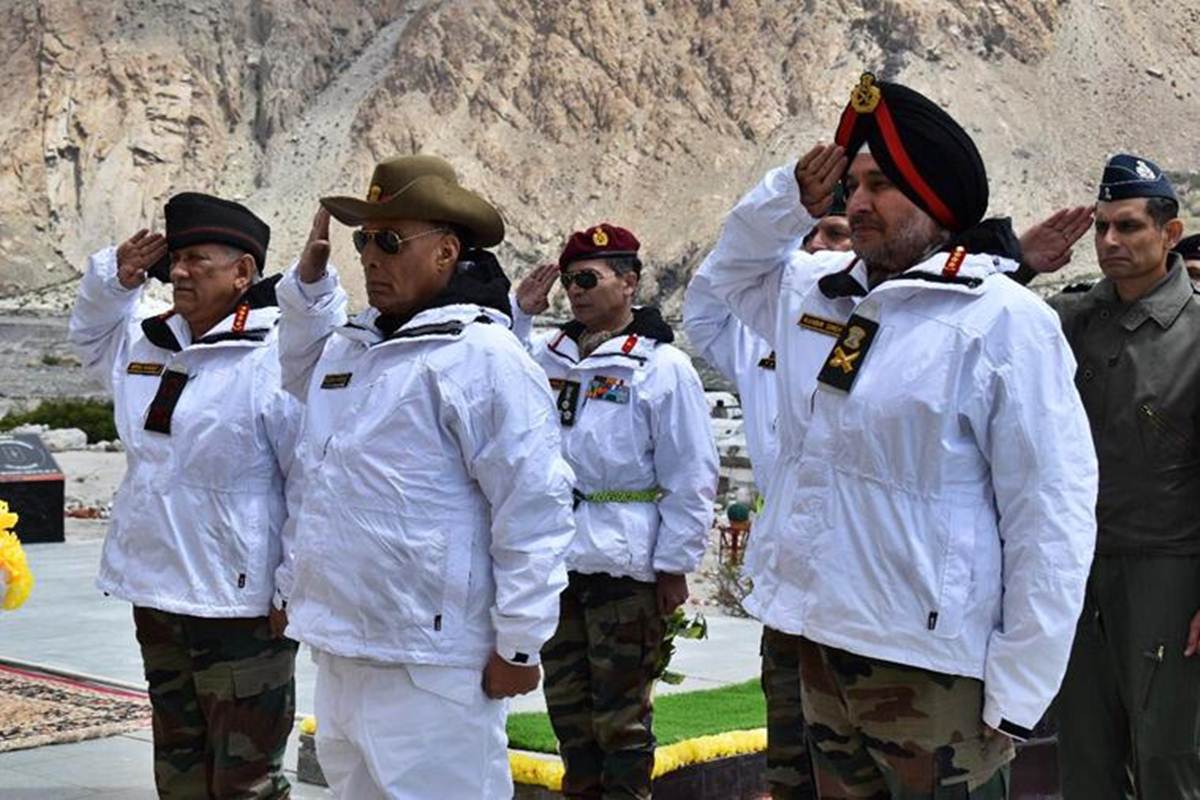 Newly appointed Union Defence Minister Shri Rajnath Singh visited Siachen, the highest militarised zone in the world, on Monday to meet the armed forces troops posted there. In his first visit since assuming office in the new government, Shri Singh will also interact with army personnel in Srinagar.

On his day-long visit, Shri Singh was accompanied by Army Chief Shri Bipin Rawat. The Defence Minister will take stock of the routine operations, including air support provided by the Indian Air Force.

Shri Singh tweeted ‘Visited a forward post and Siachen base camp today and interacted with the Army personnel serving in this region which is also known as the ‘the highest battle field in the world’.

Expressing gratitude towards the Army personnel and their families for thei service to the nation, Singh said in a tweet, “I am proud of all Army personnel serving in Siachen who are leaving no stone unturned to defend our motherland. I am also proud of their parents who have sent their children to serve the nation by joining the Armed forces. I will personally send a thank you note to them.”

In another tweet he said ‘Paid tributes to the martyred soldiers who sacrificed their lives while serving in Siachen. More than 1100 soldiers have made supreme sacrifice defending the Siachen Glacier. The nation will always remain indebted to their service and sacrifice’.

The Siachen Glacier in the Karakorum range is the highest battlefield in the world where the soldiers have to battle frostbite and high winds. Avalanches and landslides are common at the glacier during the winters and temperatures can drop to as low as minus 60 degrees Celsius.