Latest Posts
Youth to act as catalysts of social change at the grassroots:PM Modi inaugurates 9 Medical Colleges in Siddharth Nagar, UPRaksha Mantri chairs Ambassadors’ Round Table for DefExpo 2022PM’s address in the 82nd Episode of ‘Mann Ki Baat’Development of Jammu and Kashmir will take place now together with rest of India : Amit Shah 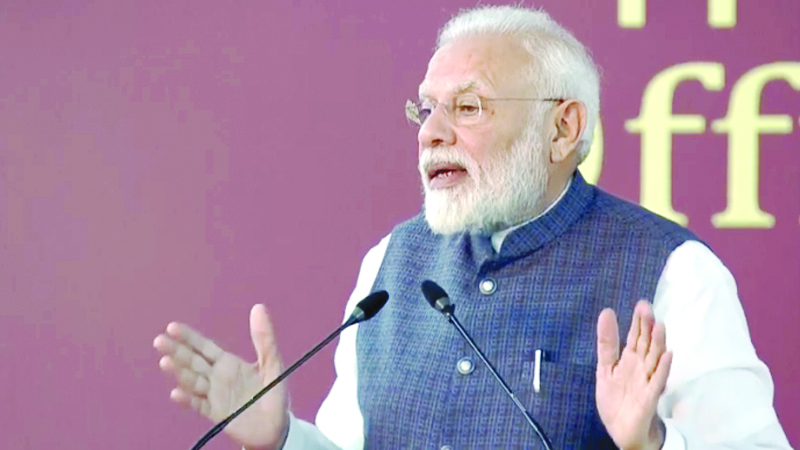 Prime Minister Shri Narendra Modi addressed the Rajya Sabha during a special discussion on 250th session of the House on 18 November, 2019 and said that the ‘far-sighted’ house has seen ‘history being made’. The Prime Minister lauded the role of the Rajya Sabha in discussing and passing key legislation such as bills related to the reorganization of Jammu and Kashmir, Triple Talaq and the Goods and Services Tax (GST).

During the special discussion on the Role of Rajya Sabha in Indian Polity and Need for Reforms to commemorate the beginning of the Upper House’s 250th session, PM Shri Modi spoke about the contribution of the Upper House.

Hailing the Triple Talaq bill as human empowerment, Shri Modi also underlined the milestone decisions of his government that were taken in the upper house of the Parliament.

“This house has seen many historic moments; it has made history also and has seen history being made as well. It is a far-sighted house,” he said, adding, “Whenever it has been about good of the nation, Rajya Sabha has risen to the occasion. It was widely believed that Triple Talaq bill would not pass here but it did. Even GST became a reality after it was passed in this house.”

“The Rajya Sabha gives an opportunity to people away from electoral politics to contribute to the country and its development,” he further said. Commenting on Article 370, Shri Modi said that the house witnessed a ‘glorious’ withdrawal of Article 370. “We can never forget the role of the Rajya Sabha when bills related to Articles 370 and 35(A) were passed,” he said.

Shri Modi also hailed the NCP and BJD for adhering to the Parliament norms and ‘not going to the well’ in protest. “Today I want to appreciate two parties, NCP and BJD. These parties have strictly adhered to parliamentary norms. They have never gone into the well. Yet, they have raised their points very effectively.

Other parties including mine can learn from them,” PM Shri Modi said during his speech.

Recollecting former PM Atal Bihari Vajpayee’s 2003 speech on the occasion of 200th session of the Parliament, PM Modi said, “In 2003, Atal ji had remarked that Rajya Sabha may be the second house but it should not be called a secondary house. Today, I agree with the thoughts of Atal ji and add that the Rajya Sabha must be an active supportive house for national development.”

He said the Rajya Sabha is about checks and balance. This is absolutely essential for our democracy. Debates have to be many and effective. But, there is also a difference between Checking and clogging, Balance and blocking.

“The Rajya Sabha, as the Council of States enables us to further the spirit of cooperative federalism,” the PM said. “Who can forget that it was through the Rajya Sabha that a stalwart like Dr. Babasaheb Ambedkar could contribute even more to national progress. The Rajya Sabha gives an opportunity to those away from electoral politics to contribute to the nation and its development,” the PM said.
He said the House was the soul of India’s federal structure and was representative of the country’s diversity.

Rajya Sabha chairman Shri M Venkaiah Naidu said the Upper House had played a significant role in the socio-economic transformation of the country during its journey of last 67 years but “all is not well”. He said since the first sitting of the House on May 13, 1952, the Rajya Sabha held 5,466 sittings and passed 3,817 Bills.
Shri Naidu made several suggestions for making the functioning of the House more effective. These include holding an adequate number of sittings, keeping in view the nature and volume of legislation and ensuring members with the right background are sent to the House to enrich debates.

Whenever it has been about national good, the Rajya Sabha has risen to the occasion and made a strong contribution. It was believed that the Bill on Triple Talaq would not pass here but it did. Even GST became a reality after it was passed in the Rajya Sabha.