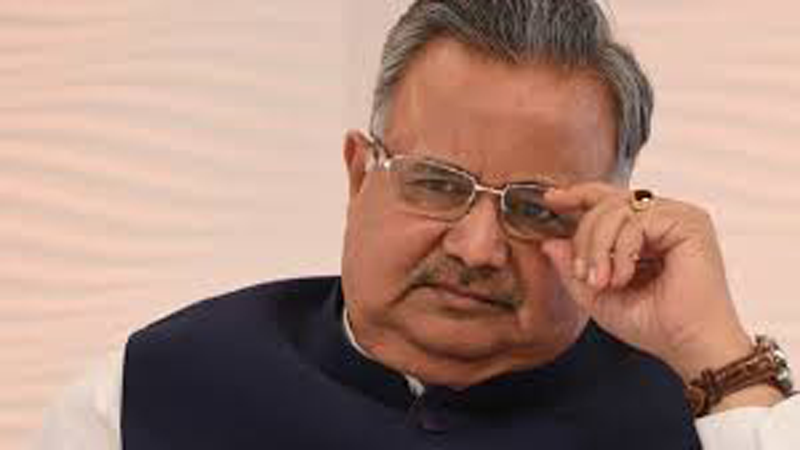 The Sankalp Patra promised to make Chhattisgarh a Naxal-free state and give pension to small and marginal farmers.

Seeking a fourth straight term in the tribal-dominated state, the party also promised to set up multi-specialty hospitals and take the state towards prosperity.

Addressing on the occasion BJP National President Shri Amit Shah said in the last 15 years, the BJP under Dr. Raman Singh had transformed Chhattisgarh from a BIMARU state to a developed one and will now take it towards prosperity.

BIMARU — an acronym formed with the first letters of the names of the states of Bihar, Madhya Pradesh, Rajasthan, and Uttar Pradesh — was coined in the mid-1980s to refer to the poor economic conditions prevailing in those states Shri Shah said.

Listing out achievements of the 15-year rule of BJP government in the state on the occasion, Shri Amit Shah said Chhattisgarh, which was once considered a BIMARU state, was now being counted among developed states.

“Chhattisgarh has emerged as a cement, power, steel and education hub under the Raman Singh government and now it is being converted into a digital hub,” he said.

“The Congress had left the state with Rs 9,000 crore budget in 2003, which has now increased to Rs 83,000 crore. It is the only state which witnessed 10 times hike in the budget in 15 years,” the BJP President said.
He said the state government has successfully contained Naxalism and almost wiped out the menace from the state.

Speaking on the occasion Dr. Raman Singh also hit out at the Congress for offering sops to farmers in its Sankalp Patra . “The Congress has always considered farmers as its vote bank. The party was responsible for the pathetic condition of farmers. When it was in power from 2004 to 2014 (at the Centre), it did not think about implementing the Swaminathan Committee report but now they are talking about it in the state,” he said.

The Chief Minister said if elected to power, his party will give Rs 1,000 per month as pension to small and marginal farmers and landless agricultural labourers aged above 60 years, as well as two lakh new pump connections to cultivators in the next five years.

–The Sankalp Patra reflects the vision to develop the state as a ‘Nava Chhattisgarh’ (new Chhattisgarh) in the next five years.

–The Sankalp Patra promised that the state will be made free of Naxalism.

–It also promised interest free loans to the tune of Rs 2 lakh to women for setting up their business and of Rs 5 lakh to self-help groups.

–The Sankalp Patra also provisioned a new university to promote Hindi and Chhattisgarhi languages and a medical allowance of Rs 1,000 per month to pensioners.

–Chhattisgarh will be developed as a popular tourist destination and a film city will also be created.

–The Sankalp Patra promised a milk revolution and cow sanctuaries in all divisions of the state.

–Following two phases poll on November 12 and November 20, the counting of votes will take place on December 11.