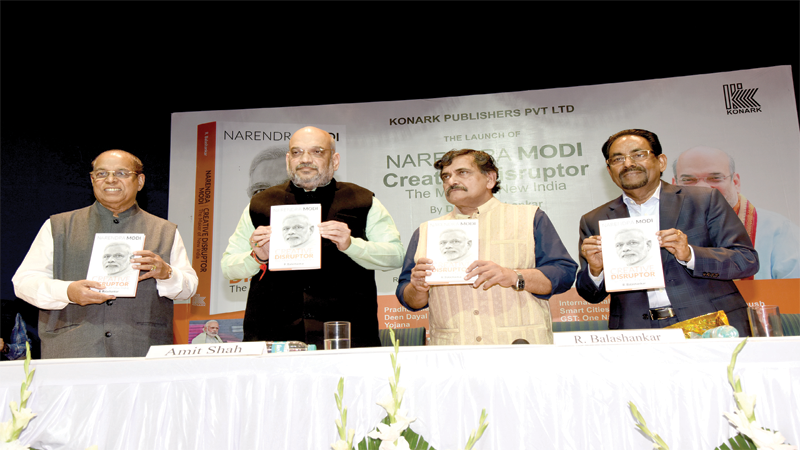 Speaking at a book launch at Teen Murti Bhawan, New Delhi on 10 December, 2018, Shri Shah said PM Shri Narendra Modi and his team have succeeded in keeping fiscal deficit and inflation under control.

The book on Prime Minister Shri Narendra Modi titled “Narendra Modi Creative Disruptor: The Maker of New India” is written by R Balashankar . The book gives a solid rejoinder to all the criticism for PM Modi’s work, including GST, demonetisation, Rafale, lynching, intolerance and many others.

Shri Amit Shah said “Manmohan Singh left the economy at the ninth position in 10 years. PM Shri Modi brought it to the sixth position in five years and in less than six months, by March, it will become the fifth largest. We have no issues with the depth of your knowledge and praise it, but a chaiwala did a better job in running the country,” .

He said, “Anyone who is firm on his decisions and works with vigour is not an autocrat. There have been people who were prime minister for 16 years, 17 years. During the tenure of governments that ran for 30 years, there were only 4-5 decisions that can be termed historic. This government has been there for only five years and I can list 30 decisions which have secured a place in the history — whether surgcial strike, GST or demonetization.”