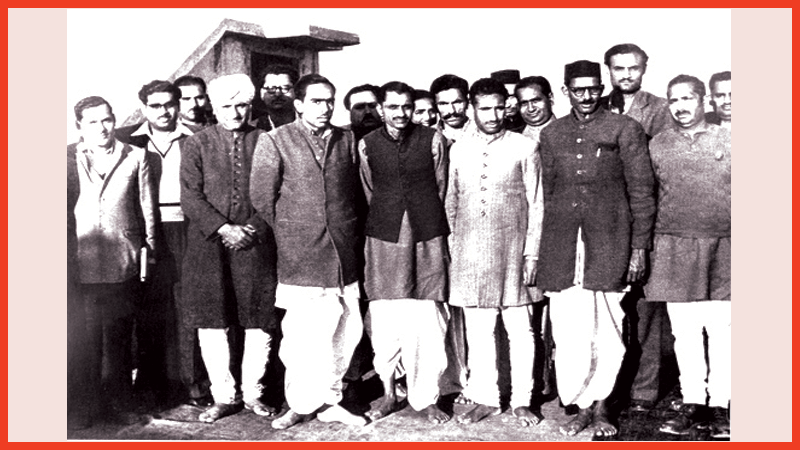 In order that every individual may lead his life in accordance with ‘Swadharma’, it is essential that he should be provided with gainful employment. Full employment, therefore, should be the basis of all economic planning. It means that we cannot import foreign patterns of industrialization. We should evolve our own technology to suit our factor–availability. Small–scale industries, mechanised and power–driven, will suit us most. Almost all consumer goods can be produced by them. Producer goods should be manufactured by large scale concers.

Socialism and capitalism are both foreign concepts. Jana Sangh rejects both. It is only when we take to large–scale enterprises that theist ideological questions assume some importance. It, however, our industrial structure is broad–based on a decentralized family, self–employed or on small co–operative paten, it will not materially affect social relationship, if most of the other industries are left to individual enterprise under state regulation and supervision. The State should of course step into such field as are not likely to be explore by individuals or should not, in the interest of security, be handed over to them. Family has been in India the primary and most important unit of society. If it can be made a unit of production, and not only unit consumption, its place can be restored. With well–organised family, it will not be difficult to inculcate other values of Bharatiya culture, the individual merging his self in the family, can, without destroying his individuality, sublimate himself into a social constituent.

I need not go into the details of the Jana Sangh programme. Its opposition to cooperative farming, to planning in a totalitarian manner–without taking into consideration the realities of the situation, the resources available and needs of the nation–are well know. Its opposition to a policy of appeasement towards Pakistan and not towards China, even at the cost of national honour and integrity needs no reiteration. What we need today is to reaffirm faith in the principles that people have kept before them throughout the ages. Nothing but these ideals can catch the imagination of the people. Secondly, the people should develop a faith in the party. Emergence of new parties, by defection or amalgamation, may be hailed by some, but it confuses the masses, especially when the top leaders of these parties can hardly give cogent reasons for their new step. It is not polarisation. Alliances at the top hardly broaden the base. All party fronts or national coalitions will only lead to greater chaos in the political field, will not educate the people, and will thus harm the cause of democracy.

The problems before the nation may be great and many, the danger imminent and grave, but there is no short cut to tide over them. It may be possible to achieve some electoral victories by political alliances and adjustments. Congress may be replaced in some provinces, or even at the centre. But that will not lead to better results unless the new comers can place before the people principles and programmes in line with the national ethos and inspire them by their example of service and sacrifice. Jana Sangh intends to combat the present situation in this positive manner, and from the support that it is getting form the people, it should not be surprising if it’s seemingly long cut may turn out to be the shortest cut possible. (end)