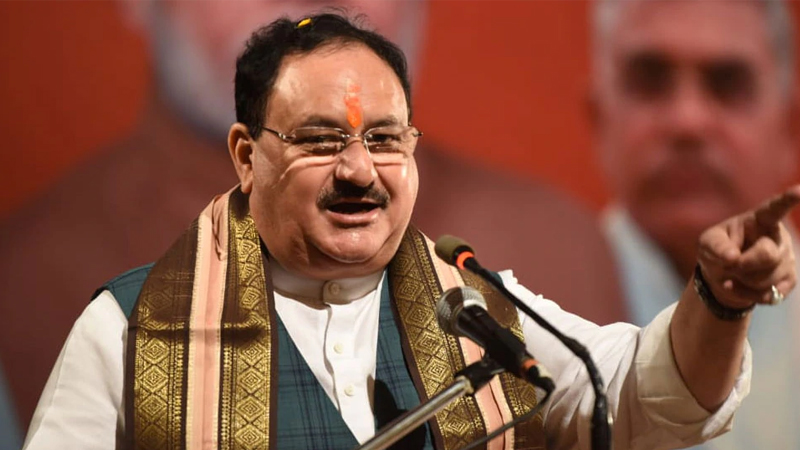 Today is the birthday of Prime Minister Shri Narendra Modi. His 20-year long journey in electoral politics, first as the CM of Gujarat and now as PM, makes him one of the longest serving elected leaders. His charisma and strong political and emotional bonding have swayed the people of India. So when an international survey tells us that he is the world’s most popular political leader, we Indians are not at all surprised.

it was PM Shri Modi who, through surgical strikes and air strikes, gave stern messages to terrorists, anti-India forces and the world. His message was loud and clear – India has changed

PM believes in the holistic development of our society and country through good moral and social values. He always leads from the front in addressing the nation’s most complex and difficult problems, and doesn’t rest till the goals are achieved. Did Indians ever believe that Articles 370 and 35A would be abolished? Everything changed on August 5, 2019, thanks to the unwavering commitment of the PM to fulfil our pledge of ‘One Nation One Constitution’ and make Jammu and Kashmir an integral part of India.

Similarly, it was PM Shri Modi who, through surgical strikes and air strikes, gave stern messages to terrorists, anti-India forces and the world. His message was loud and clear – India has changed. It is no longer a soft state, it will go all out to protect its people and borders.

A STRONG HELPING HAND IN THE PANDEMIC

After PM Lal Bahadur Shastri, PM Modi is the only leader who has an electrifying effect on the masses and on whose call the entire nation gets united. During the corona pandemic, his appeals have been religiously followed by every citizen. On his clarion call, donations poured in the PM Cares Fund, voluntary organisations came forward to help citizens, and people shunned their apprehensions to join the world’s largest and fastest vaccination drive.

One of his stellar qualities is quick decision making which differentiates him from his predecessors as well as his contemporaries. He stunned the world by developing the ‘Made in India’ corona vaccine in record time and ramping up medical oxygen supplies within days when the corona crisis deepened. This is the charisma of our pradhan sewak.

CONVERSATIONS WITH THE PEOPLE AND COMMITMENTS

Prior to 2014, manifestos of political parties just used to be a tool to garner votes. But today every word written in the BJP’s election manifesto is sacrosanct. It has become the most important guide for our government.

The buzzword for Modi government’s work culture is ‘pragati’ (Proactive Governance and Timely Implementation) which ensures timely delivery of projects and programmes sans corruption and nepotism. This has led to completion of projects which had been stalled for over decades. Another important initiative is
www.mygov.in – the website he launched with the thought of connecting directly with the people. And through the hugely popular ‘Mann ki Baat’, the PM converses directly with the people.

He is also the torchbearer for our children and a great motivational ‘guru’. Through his unique initiative of ‘Pariksha Pe Charcha’, he not only relieves exam related stress in our students but also gives them confidence and motivates them. He himself has always led a disciplined life – from being a bal swayamsewak to becoming the pradhan sewak.

FOR US TODAY AND EVERY DAY IS SEWA DIWAS

A key goal is uplifting the standard of living of farmers, Dalits, women, the downtrodden, marginalised and the youth. As the pandemic rages on, around 80 crore people in the country are being provided free food grains. Free medical insurance worth Rs 5 lakh has been provided to 55 crore people through the Ayushman Bharat scheme.

Around 12 crore farmers, 80% of whom are small and marginal farmers, are being provided annual financial assistance of Rs 6,000 under the Kisan Samman Nidhi. A new paradigm is being set for affordable housing for the poor where homes are equipped with water, electricity and LPG cylinder connection.

BJP has always celebrated the birthday of Shri Narendra Modi as ‘Sewa Diwas’. This time party cadres are working to fast-track the Covid vaccination programme across the country. His stupendous success is the result of absolute dedication to people’s welfare and wellbeing. His only aim is to make India a Vishwaguru.

(The Writer is National President of the BJP)