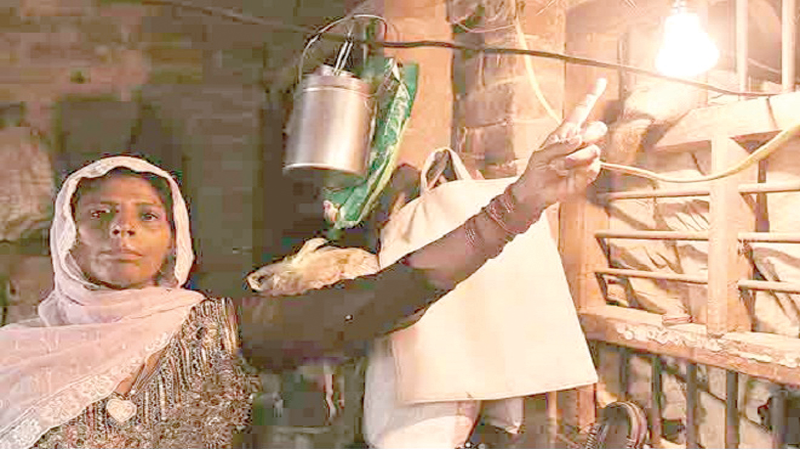 Saubhagya Yojana is a scintillating example of SabkaSaathSabka Vikas. When the present government took charge in 2014, there were 18,000 unelectrified villages in the country, which were successfully electrified well ahead of the deadline. While we were well on course, the prime minister decided to dream bigger and took on the mission of ensuring that power reaches every single household for greater impact on society.

Whereas previous initiatives had defined electrification in limited terms – like electrifying key institutions like schools and hospitals or a certain percentage of households – Saubhagya Yojana boldly defines electrification in its original tenor for the first time: providing electricity to every single household in India regardless of its geographical location or accessibility. Since 11th October 2017 to 16th November 2018 i.e. just 401 days, the current government electrified 1,98,93,727 households.

The focus of Saubhagya Yojana is far-reaching and is designed to impact every person equally in this country. This impact of Saubhagya Yojana is, unlike any other scheme before, incomparable in magnitude, profound in reach and capable of propelling the society into a higher order of development leaving none behind.

The research study conducted by Public Policy Research Centre, assesses this last mile impact and how electrification with its collateral impact on various socio-economic dimensions, is unleashing a chain of events leading to improvement in standard of living. The study was conducted across seven districts in MP, right from the western to eastern periphery of the state.

The research taps into several intricate aspects of people’s lives which are undergoing a tremendous change with electrification. Important areas covered in the research were enhanced comfort and ease of living, an average increase of 1.5 hours devoted to studies at home, enhanced security and reduced fear of crime. An unfortunate incident, which could have been averted with lighting, as recounted by people of a village near Guna, where a child lost his life to snake bite in the dark, illustrates the fact.
A case study of a remote and geographically secluded village in MP, illustrates the irreplaceable role of electrification in enhancing living condition of people. People had to travel all the way to a village in a neighboring state for charging their mobiles, which required at least 9 hour travel to and fro, restricting usage to only emergency requirements. Further, for lighting they had to source kerosene from the nearest town, which was about 2 hours boat ride away, taking away time and the boat cost. Post Saubhagya, there is increased usage of mobile phones, access to information and entertainment, enhanced productivity by elimination of unnecessary efforts and redundant tasks.

The research finds increased social cohesion among people post electrification with people organizing community celebration with illuminated Pandals for Garba or a family buying music systems, the first thing after electrification, for celebrating Ganesh Chaturthi, like the rest of the nation. Further, the research also documents impact of Saubhagya on avenues for income generation through availability of infrastructure in the village and with illumination of home run businesses. A case in point being that of a farming community who have since bought electric pumps for irrigating their fields instead of the costly diesel pumps. Not only the monthly cost has come down to nil, the agricultural output has also multiplied.

Electrification post Saubhagya has also had a significant impact in the lives of women, relieving them hours of drudgery and opening prospects for enhances social and personal development. With ability to pace out their chores, they find more time for pursuing jobs opportunities, social interactions and increased awareness with through TV/mobile. Health was yet another sector that was found to have a positive impact. Zero reliance on kerosene and firewood for lighting has decreased harmful emissions of carcinogen black carbon and also improved the indoor air quality. To mention a case in point, pregnant women and newborns suffered the most prior to electrification. As recounted by an 8 month old pregnant woman, in her previous pregnancy she suffered from much physical stress and mental anxiety, however now, she feels much more comfortable with availability of LED lighting and fan and stays stress free with TV, which they bought just days after electrification.

Apart from the above effects, electrification post Saubhagya has also enhanced self esteem among the beneficiaries. They felt relieved as there was no need to illegally obtain firewood for electrification. Legal ownership of metered electricity ensured a sense of pride amongst the consumers and they felt entitled to demand better services, affording social upliftment and equity. Putting it in context, men of a previously unelectrified village were unable to find brides from neighboring electrified villages for the same reason!

The impact of electrification has been on those basic elements of daily life that have a larger bearing on the entire society. The research in such villages, which have been bereft of electricity since independence, presents such simple facts and attempts to assess how the Saubhagya Yojana is changing lives.