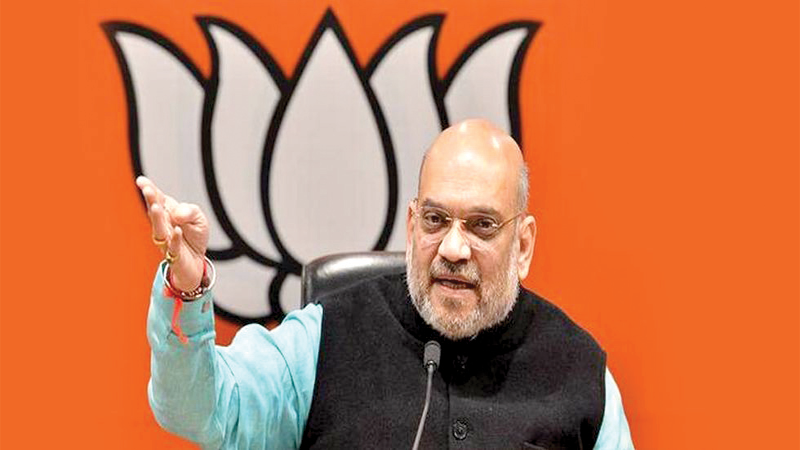 The Supreme Court on 14 December, 2018 dismissed a bunch of petitions seeking a court-monitored probe of the Rafale jet fighter deal, and after the court verdict BJP National President Shri Amit Shah called the ruling a victory of truth and a slap on the face of those alleging corruption in the purchase.

Shri Shah said the apex court had been confronted with three issues in dealing the case — the procedure followed in the purchase, the pricing of the aircraft and selection of offset partners — and it had not faulted the government’ on any of these.
The court noted that all procedures had been followed, the deal finalised by the government gave the country a financial advantage and it found no commercial favouritism, Shri Shah said at a press conference.

“Truth has triumphed… Biggest attempt to mislead country since Independence… It’s a slap on the face of politics of falsehood,” said Shri Shah.

The court also said the government had no role in choosing the offset partners for Dassualt Aviation, the manufacturer of Rafale jets, he said. “The Congress has been levelling allegations about this and the order is a slap on the face of those who have levelled these charges,” he asserted.

Shri Amit Shah also hit out at the Congress for its claim that the apex court’s judgement is a “vindication” of its stand that the court cannot adjudicate on the matter, saying the opposition party lives in an imaginary world where the truth has no place. “Propriety can be decided only on the basis of facts and figures,” he said.

Shri Shah noted that even the Supreme Court had spoken about the need for India to buy modern aircraft. “You (Congress government) harmed India’s security interests,” he said, adding that even neighbouring countries had equipped their air force with fourth generation warplanes.

He questioned why the UPA government had stopped, if not abandoned, the deal in 2012, “why was national security compromised with and why were the needs of the IAF compromised with.”