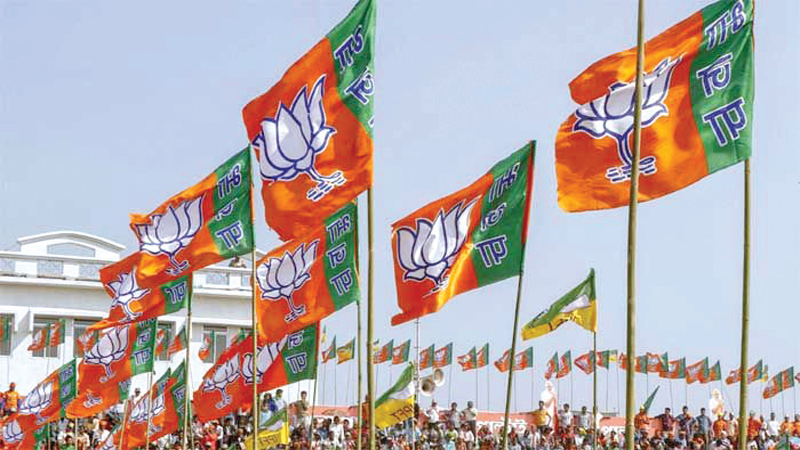 There is good news for the BJP, and this time it is from Assam. The party has kept its winning spree in the rural elections in Assam leaving the Congress and AGP far behind. Similarly, the BJP also did very well in Maharashtra’s Dhulia civic body elections wresting the corporation from Sharad Pawar’s Nationalist Congress Party (NCP) in the just concluded elections.
The BJP did spectacularly well in Assam Panchayat polls by bagging 210 zilla panchayats (ZPs), 786 Anchalik Parishads (APs), 5356 Gram Panchayat Members, and 817 Gram Panchayat presidents’ posts in the just concluded civic body elections.

Results of 1,363 Gram Panchayat president posts were declared till noon. The BJP got 573 of them, followed by the Congress which won 416 and the AGP which got 186. The AIUDF got 63 GP presidents elected and the Independents bagged 117.

After the victories, the ruling BJP celebrated a ‘Vijay Utsav’ at its State headquarters at Hengrabari.