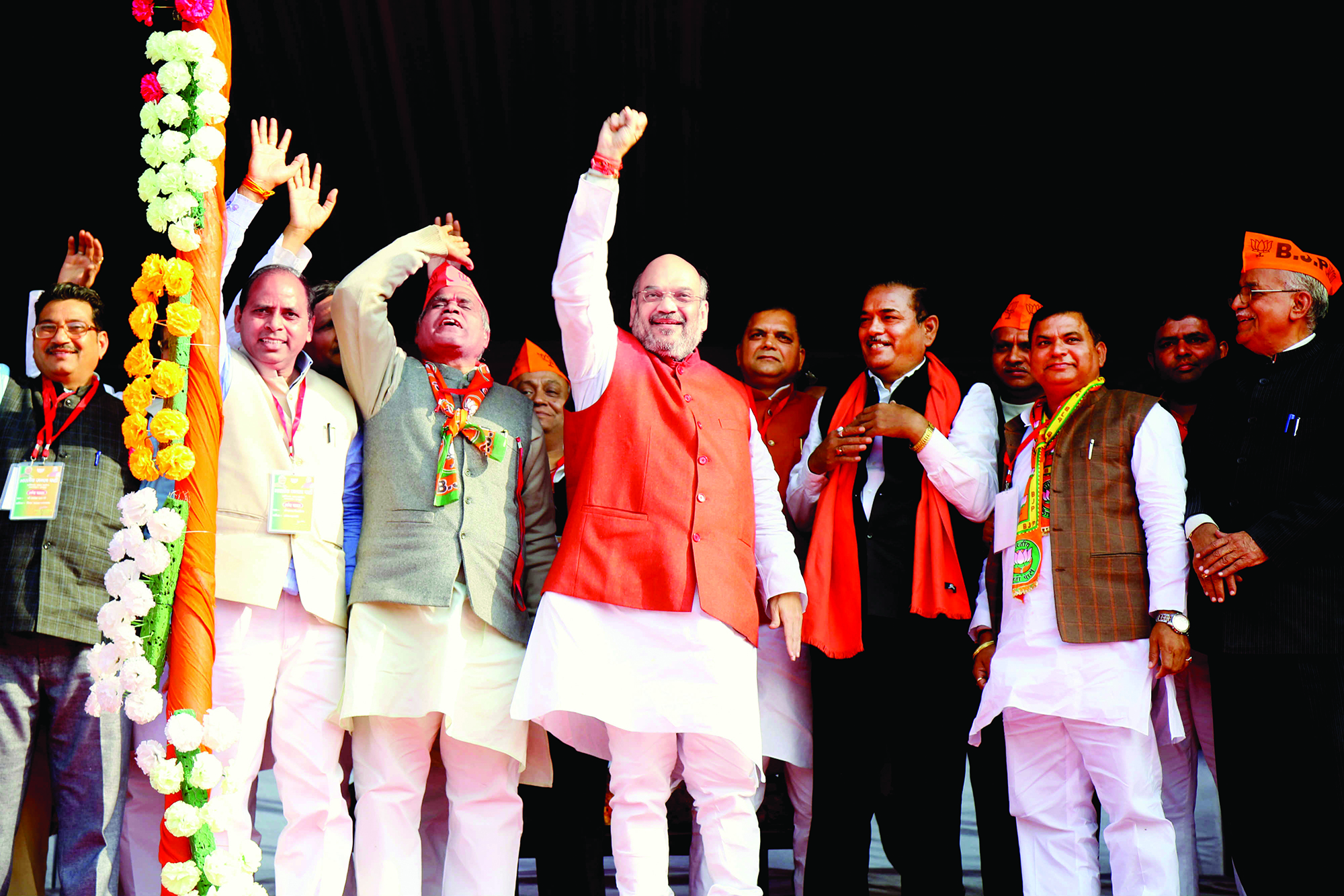 Bharatiya Janata Party National President Shri Amit Shah was in the textile hub in Pilkhuwa and arrived in support of former MP Dr RC Tomar who is contesting from the Dhaulana assembly segment and pitted against SP’s sitting MLA Dharmesh Tomar.
Addressing a huge rally he said, “During the last 15 years, the state has also suffered on account of the repeated governments of the SP and the Bahujan Samaj Party. If you get a BJP-Government, you will see the development for yourself but your state has lagged behind. I have been roaming around in UP for six months now, and there is a similar Modi wave in UP like there was in the 2014 elections”.
He also attacked the law and order situation in the state and cited the example of killing of policemen in violent incidents at Jawahar Bagh in Mathura in June last year. “Once, the BJP comes to power, we will get all illegally occupied land freed up from mafia within 15 days. We will get the pending payment of sugarcane farmers done within a time frame. I have come to know that there is pending payment to be made to farmers in Dhaulana , amounting to nearly `200 crore. The first thing we will do is get all the mechanical slaughter houses closed down if we come to power,” he added.
Shri Shah also said that BJP government, if it comes to power, will check the issue of migration of families like the one allegedly that took place in the Kairana town of Shamli district last year.