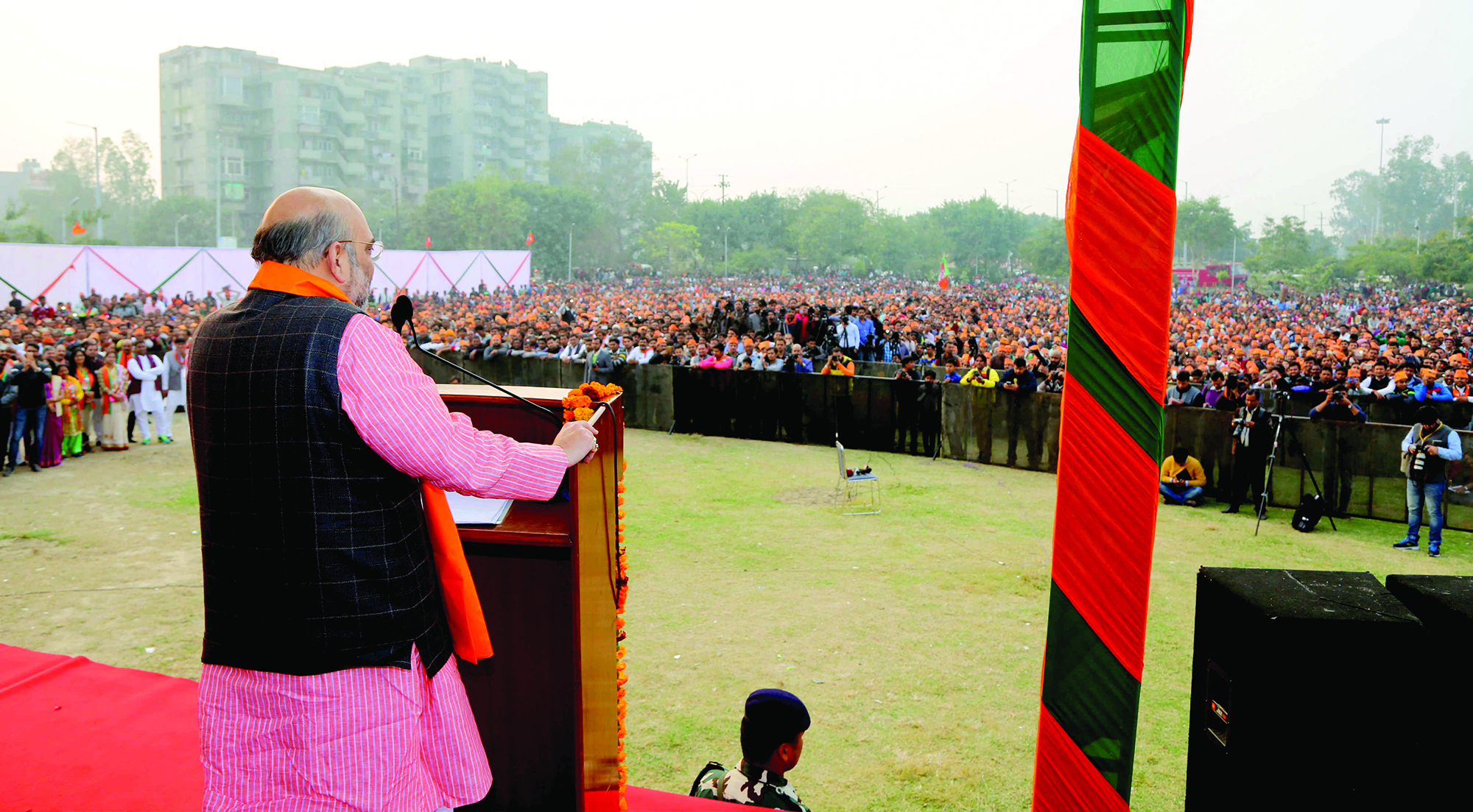 Bharatiya Janata Party National President Shri Amit Shah took on both the Congress and the Samajwadi Party (SP) alliance and also the prevailing law and order situation in the state. Addressing a rally in Noida on 03 February, 2017 he alleged that an alliance between the two will give rise to more corruption.
Shri Shah led an attack on the construction of the Agra-Lucknow Expressway developed by the SP government. He said that highways being constructed by the Central government cost nearly `18 crore per kilometer, while the Agra-Lucknow Expressway cost nearly `31 crore per kilometer. Under SP rule the ‘lo and order karo’ (take and give orders) culture gained importance. He said, “I want to ask Akhilesh where `13 crore has gone. Whether, it went to the uncle or the nephew.
He said during the 10-year rule of the Congress, many scams came to light. Now, the Congress has come together with Akhilesh. Think what will going to happen if they come to power, he said.
He claimed that one party looted the nation while the other looted the state. He also questioned the SP about the development that it took after the Central Government sent nearly `2.5 lakh crore to the state.
Amit Shah made a reference to slaughterhouses and said, “An aggrieved elderly citizen belonging to the Jat community once visited our office to register his complaint. He told me that one morning, while he was carrying his sugarcanes in a bullock cart to the nearby market for sale, he stopped mid-way to buy guavas. When he came back with the guavas, his bull was missing. I told him to register a complaint with the police because the UP police was already tracking Azam Khan’s lost buffaloes. But then he revealed that his bull was stolen by the slaughterhouse people,” Shri Shah said.
As the crowd cheered to his statement on slaughterhouses, Shri Shah announced that the BJP, when it is voted to power, will come down on slaughterhouses from Day 1.
He also attacked Uttar Pradesh chief minister Akhilesh Yadav saying that he asks for the caste and religion of the people before giving them free laptops but BJP will not discriminate people on their caste or religion, he added.
In his speech, Shri Shah discussed issues ranging from the development of the state, job creation for youth to cow slaughter and anti-Romeo squads to safeguard women. “We will ensure that our girls are safe in the state from the Samajwadi Party goons. Every police station will have anti-Romeo squads, which will hang these SP goons upside down and teach them a lesson,” Shri Shah said.