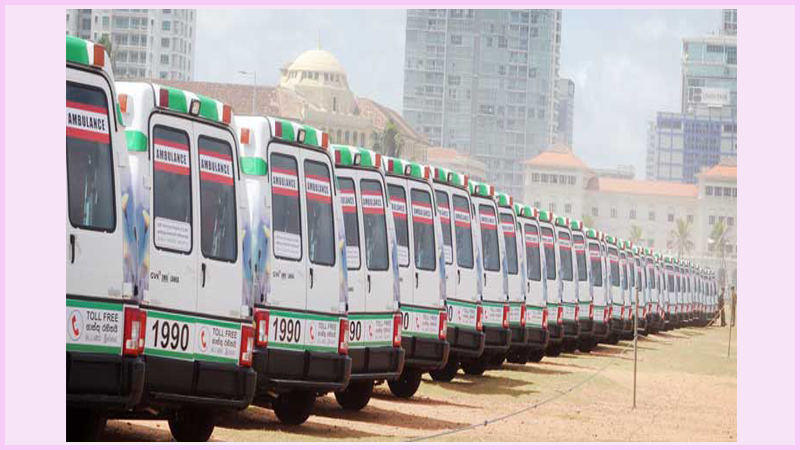 Sri Lanka on 21 June, 2018 thanked Prime Minister Shri Narendra Modi for giving a grant of USD 22.8 million for running free emergency ambulance service in the island nation. India had given a grant of USD 22.8 million – USD 7.6 million in first phase in 2016 and in second installment USD 15.2 million this year – to Sri Lankan government to run free ambulance services.

Sri Lanka’s state minister of National Policies and Economic Affairs, Harsha De Silva told the parliament that PM Modi had come to Sri Lanka in March 2015 and said that “he wished to provide a grant to Sri Lanka”. The minister said that he told the Indian Prime Minister on Sri Lanka’s need for an emergency ambulance care service. “He (Modi) agreed, and an aid of USD 7.6 million came as the first instalment. It was totally free and nothing to pay back,” De Silva said, adding that in the second phase, Sri Lanka got a grant of USD 15.2 million.

The minister said that the free ambulance service, was made possible by the people of India, was one of the largest grants India ever made outside the country’s assistance to build 50,000 houses in the north and east of Sri Lanka, and the Indian help in rebuilding the country after the 2004 Tsunami. “I wish to thank Prime Minister Modi and the people of India for this wonderful gift. People of Sri Lanka will be ever grateful to you,” de Silva said.