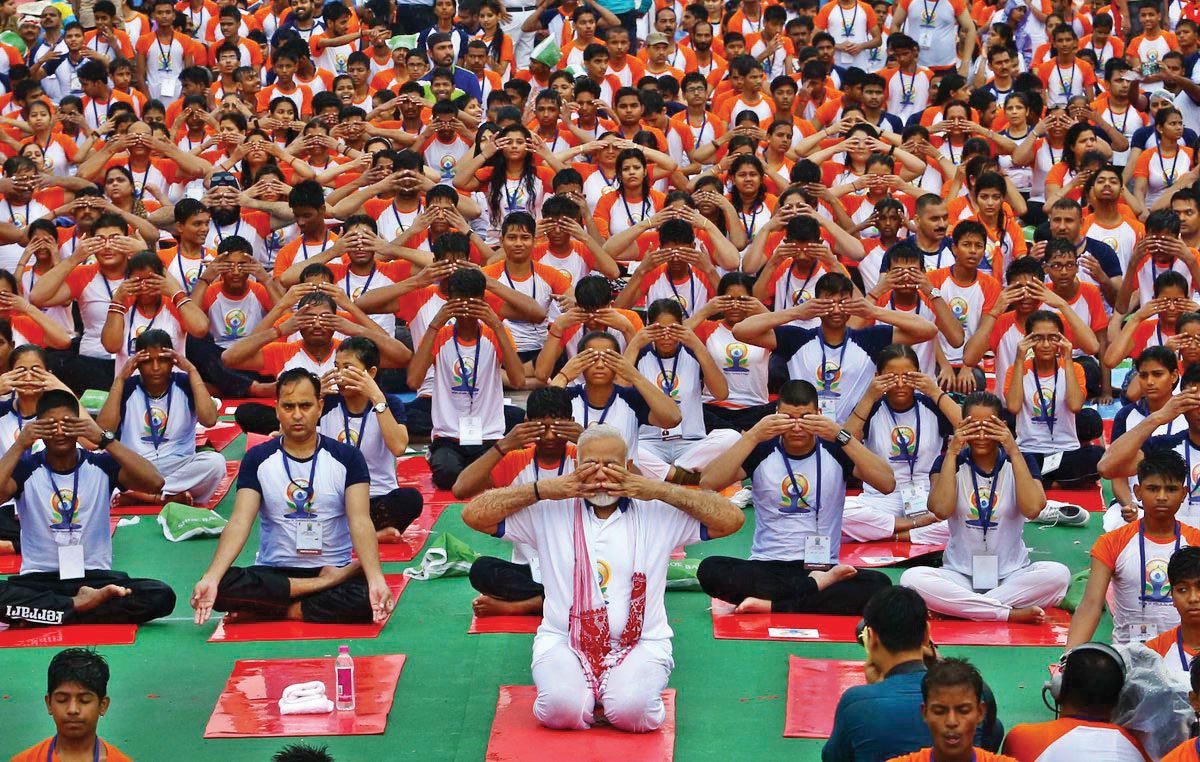 The Third International Day of Yoga was celebrated with great enthusiasm across the country with mass yoga demonstrations taking place in various places. The Prime Minister, Shri Narendra Modi, participated in the mass Yoga demonstration event in Lucknow where he was joined by a huge number of people.

Addressing the gathering at the iconic Ramabai Ambdekar Maidan in Lucknow on June 21, the Prime Minister reached out to people in all parts of the country connecting through Yoga. He said, Yoga is a practise that binds humanity together and is helping countries across the world to be connected with India. Yoga is a medium to achieve wellness and it has the power to provide health assurance at zero cost, he said. 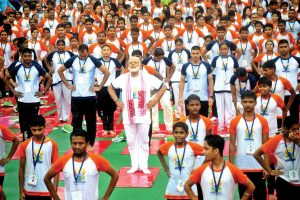 The Ministry of Home Affairs celebrated the International Day of Yoga across the country including yoga celebrations by BSF, CRPF, CAPF, units of ITBP to mark the occasion. ITBP personnel performed yoga at 19000 feet in Ladhak and at 11600 feet at the Bank of Indus River in Ladhak. 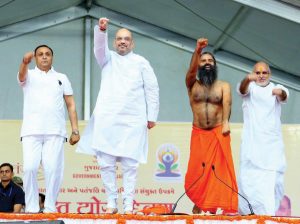 Approximately 2000 CAPFs personnel participated in the main event at Ramabai Ambdekar Maidan in Lucknow (U.P.).
The Ministry of Human Recourse Development announced the winners of the ‘Yoga Olympiad’ held in Delhi from 18 to 20 June, 2017 to promote the awareness of yoga and to build up a network of schools, teachers and yoga practitioners at the national level. The awards were given in four categories which included one award each for Upper Primary – Girls and Boys; Secondary -­Girls and Boys.

The Ministry of External Affairs, through it Indian embassies abroad, celebrated the International Day of Yoga at iconic locations like, at the Abraham Lincoln Monument, Sylvan Theater Washington DC, La Villette Paris, France, at the backdrop of Sheikh Zahid Mosque in Abu Dhabi. Yoga gurus conducted seminars and discussions on Yoga in many countries across the world.