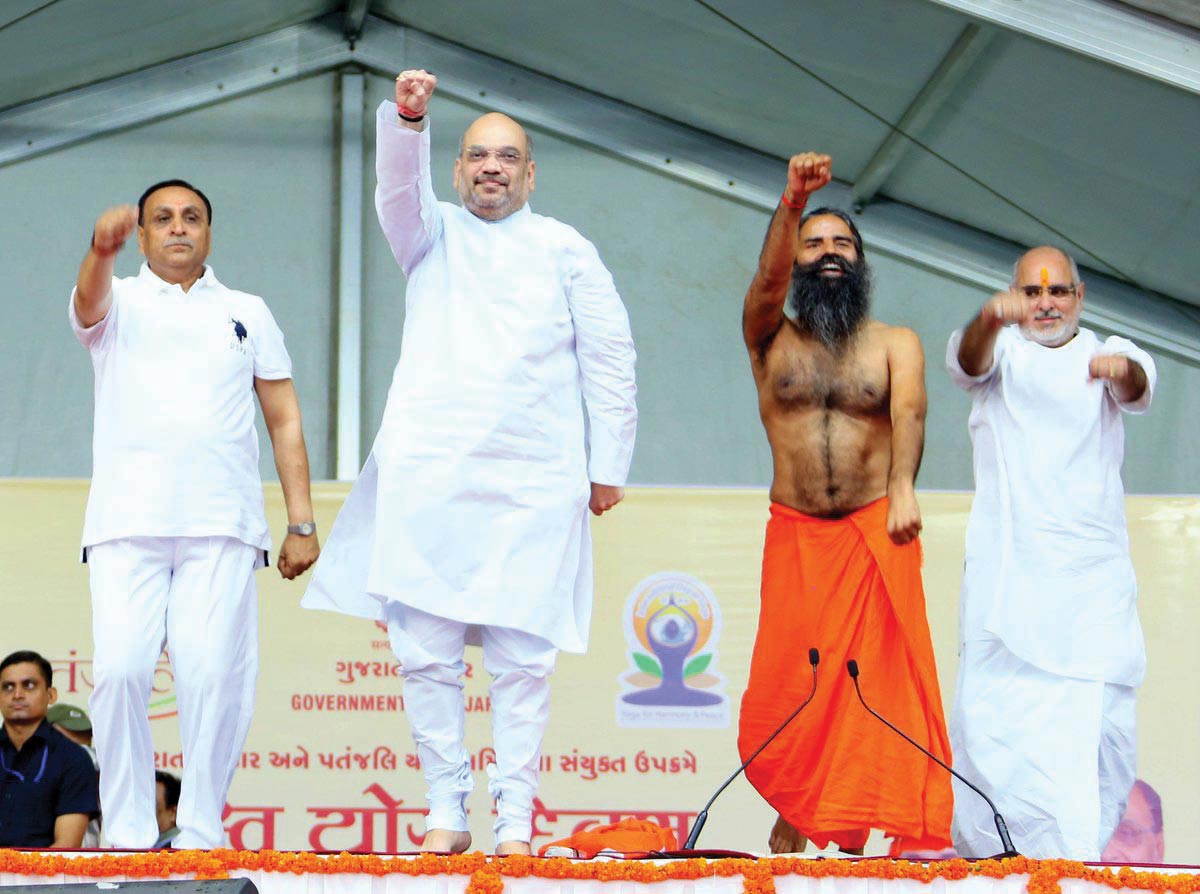 BJP National President Amit Shah along with with Baba Ramdev and Gujarat chief minister Vijaybhai Rupani takes part in yoga on the occasion of international yoga day at Gujarat University ground in Ahmedabad where thousands of people performed pranayam, yoga and meditation to celebrate the International Yoga Day.

The event in Ahmedabad entered the Guinness World Record in which more than 54,000 people participated. Gujarat Chief Minister Vijay Rupani received certificate of the record from the Guinness Book officials at gandhinagar in the afternoon. The previous record was set in Delhi on 21 June when 35,985 people performed yoga at Rajpath with Prime Minister Narendra Modi.