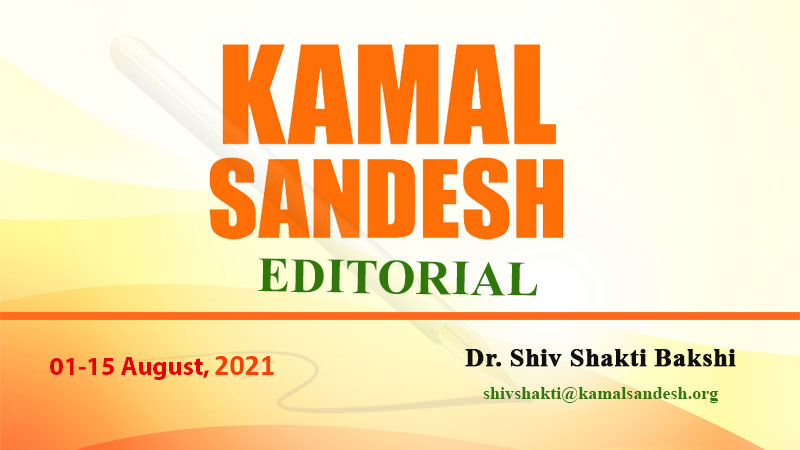 It is highly unfortunate to see that the Congress led Opposition sought to create disruptions in both houses of parliament while Prime Minister Shri Narendra Modi was introducing his new council of ministers after its first expansion. The Prime Minister has rightly pointed out that the opposition was not comfortable with the huge representation given to women, OBC, SC & ST communities in the recent expansion of council of ministers. It is to be noted that apart from 11 women ministers, 28 ministers from OBC community, 12 ministers from SC community, eight ministers from ST community, five ministers from minority community and 29 ministers from other communities have found place in the expanded Council of Ministers. The Modi government is now representing a rainbow of all the communities across the nation and more particularly the hitherto deprived, oppressed and neglected sections of the society have found their voice in the governance of the country. In the broadest spectrum of representation so far it truly represents the pluralistic and inclusive nature of the Indian society. At the same time talents and expertise drawn from various sectors of excellence can be seen in the inclusion of youth power blended with experience while including five former CMs, 23 former ministers in the states, 38 former MLAs along with 13 lawyers, six Doctors, five engineers, seven civil servants, seven PhDs, three MBAs and 68 graduates. The ministers are from socially and economically backward regions of the nation representing 25 states and UTs. Such an all inclusive, professionally competent and full of talents, youthful and experienced at the same time and powered by ‘Naari Shakti’, council of ministers is naturally unnerving the Congress led Opposition badly.

The Congress and its allies are getting exposed every day with the unmasking of their false agenda in the country. While they sought to create panic and doubt in the minds of people during the national fight against Covid-19 pandemic, they are also guilty of dissuading people from getting vaccinated. As the world’s largest and fastest vaccination drive is gaining momentum day by day in the country, the Congress and its allies are once again made to bite dust by the people. As per the figures available till 23 July, more than 43.87 crore doses of vaccines have been administered to the people across the country. No one can forget how state governments led by Congress and its allies failed to provide vaccines to the people and even committed the crime of wastage of the most valuable vaccines supplied to them by the union government. While the BJP governments were administering free vaccines in their respective states and the union government administering free vaccines to 45+ age group, most of the non-BJP state governments were showing their inability to provide vaccines to the 18-44 age group people. Finally, it was the intervention of Prime Minister Shri Narendra Modi who launched free vaccination drive for 18-44 age groups; the country is now witnessing full scale vaccination drive in the country providing free vaccines to everyone. The propaganda by Congress and its allies doubting the efficacy and non-availability of vaccines now stands exposed.

The Congress and its allies have lost moral ground to even raise question in the country. The manner in which the BJP karyakartas were politically targeted and rape, arson and loot were organized by the TMC goons in West Bengal now stands exposed before the nation. In a stinging indictment of the TMC government, its administration and goons in West Bengal, the Human Rights commission in its report to the Calcutta High Court has revealed the anti-democratic, anti-human and barbaric face of Mamta government which has wreaked political vengeance on the BJP karykartas causing untold miseries to the innocent people in one of worst post-poll violence in the state. The Congress led opposition by maintaining a studied silence on the issues has further exposed its anti-democratic and opportunist face. The nation will never forget and forgive them for such criminal acts by the Congress and its allies.