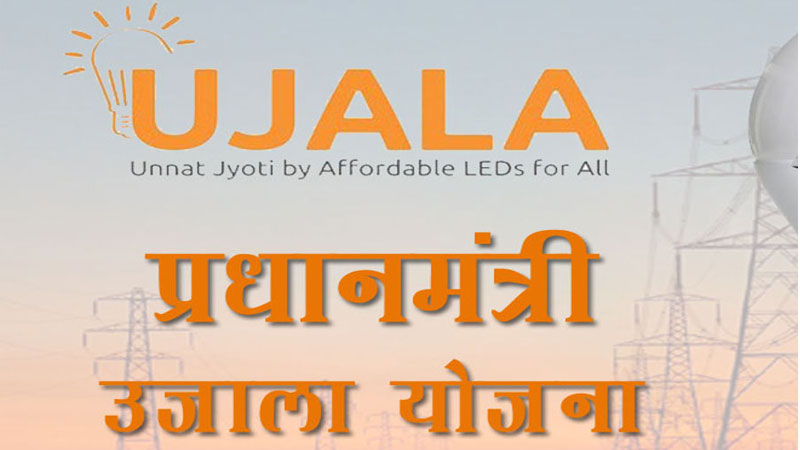 The Prime Minister Shri Narendra Modi launched Unnat Jyoti by Affordable LEDs for All (UJALA) scheme seven years ago, which is instrumental in promoting the efficient usage of energy and have larger impact on environment. The scheme is now termed as world’s largest program in promoting energy efficiency and thousands of households in India benefited from this scheme which not only changing their life but also playing a major role in nation building  and development.

Recently at COP26 Climate Change Summit in Glasgow, Prime Minister Shri Narendra Modi has said that India is committed to achieving net-zero carbon emission by 2070. He said, “It’s need of hour to put pressure on those countries that have failed to deliver on their promises about climate finance.” And in achieving this target UJALA Scheme has played a significant role, which was launched by the Prime Minister on January 5, 2015. Under the leadership of PM Shri Modi Government of India has undertaken a two-pronged approach to cater to the energy demand of its citizens and minimizing CO2 emissions at the same time. On the supply side, the Government is promoting greater use of renewable resources while on the demand side the government replacing the old style incandescent lamps with energy efficient LED bulbs.

The UJALA programme has been a crucial achievement of the Government in promoting and executing the concept of energy efficiency. The movement was started by switching one light bulb to LED at the Prime Minister’s Office. Prime Minister Shri Narendra Modi described the LED bulb as “Prakash Path” – “way to light”. The lighting sector accounts for about 20% of the total energy consumption in India. LEDs not only improve lighting levels but also lead to energy and cost savings of 50% to 88%. A 7W LED provides the same and in most cases better brightness than a 60W incandescent lamp.

Under the scheme Union government has distributed 36.78 crore LED lights in last seven years, which saved 47,778 million units of electricity per annum. In a short span, the programme has evolved to be world’s largest zero-subsidy domestic lighting scheme that addresses concerns like high electrification costs and high emissions.

The success of the programme which has transformed the lives of thousands of people lies in its inimitable strategic approach to energy efficiency. UJALA also succeeded in bringing down the retail price of LED bulbs from Rs 300 to 350 per bulb to Rs 70-80 per bulb. Apart from making affordable energy accessible to all, the programme also resulted in massive energy savings. As of today, 9,565 MW of peak demand has been avoided, along with 3,86 crore tonnes of reduction in CO2 emissions.

UJALA has become a blessing for the domestic lighting industry, which encourages Make in India. With this effort the domestic manufacturing of LED bulbs has increased from 1 lakh per month to 40 million per month.

UJALA also provides opportunity to manufacturers through regular bulk procurement. This enables manufacturers to bring down the cost of LEDs for the retail segment as well. The procured price has been reduced by almost 90 per cent.
The programme has also garnered attention from the top management schools of India. It is now a part of the Leadership case study in the IIM, Ahmedabad. Furthermore, it is also under consideration for being included in the curriculum of Harvard Business School.

Gram Ujala was launched by Government of India in March, 2021, in view of spread awareness about climate change and to save electricity. It is supposed that the move will save 2025 million kilowatt of energy per year, while there will also be a reduction in carbon emissions by 16.5 lakh tons per annum. Under the initiative, LED bulbs will be distributed at a highly subsidised rate of Rs10 across 2,579 villages in five states of Bihar, Uttar Pradesh, Telangana, Andhra Pradesh, and Karnataka. Residents can buy a maximum of 5 LED bulbs. The scheme has already achieved a distribution mark of more than 33 lakh LED bulbs in Bihar and Uttar Pradesh.