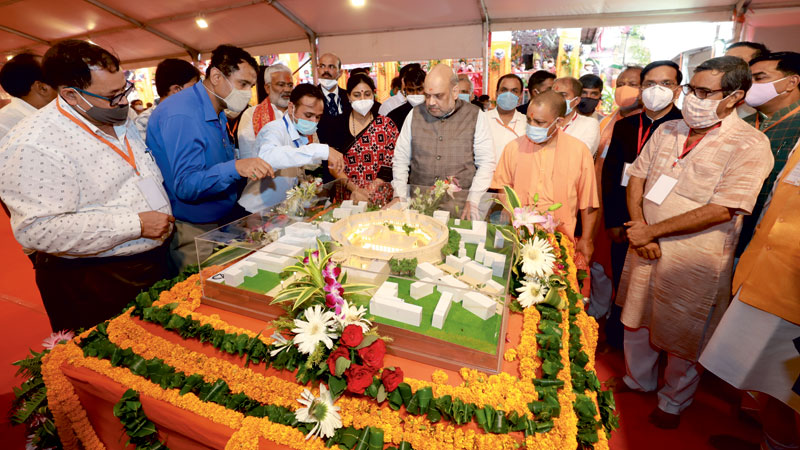 In his address, the Union Home Minister said that the Uttar Pradesh State institute of Forensic Sciences, with its sprawling campus, will have a grand beginning. Today, its seed has been planted, but when this banyan tree grows, then many students will make their career from here. Many students will participate in research here and become the backbone of law and order machinery, not only of Uttar Pradesh but of the entire country.

Shri Amit Shah said that when Shri Narendra Modi was the Chief Minister of Gujarat, he established in Gujarat the first of its kind forensic science university in the world. I was fortunate that at that time I was the Home Minister of the state and when Shri Narendra Modi became the Prime Minister, he set up the National Forensic Science University in 2019 and brought the Gandhinagar University to the national stage. The Home Minister said that about Rs 200 crore would be spent on the Uttar Pradesh State institute of Forensic Sciences to be built in Lucknow. Along with this, the Government of India has allocated an amount of Rs 15 crore to build a DNA Center here, so that the country’s most advanced DNA Center will be built here.

Shri Amit Shah said that Uttar Pradesh is at the forefront of the country in the implementation of 44 developmental schemes. He said that it is very easy to make schemes but it is very difficult to make a system to implement the schemes on the ground, to reach them to the beneficiary, eliminate middlemen so that the beneficiary gets the benefits of the schemes without any problems and without paying bribe. Yogi Adityanath and his team have secured first place in the whole country in 44 schemes and this is a matter of pride for all of us.

Speaking on the occasion, Shri Amit Shah said that Uttar Pradesh helped to form our party’s government at the center in 2014 with an absolute majority. And it was Uttar Pradesh once again that helped re-elect Shri Narendra Modi as the Prime Minister in 2019 with more than 300 seats. That is why Narendra Modi represents Parliament as an MP from Uttar Pradesh, he knows the expectations and needs of the people of Uttar Pradesh and how to take the state forward.