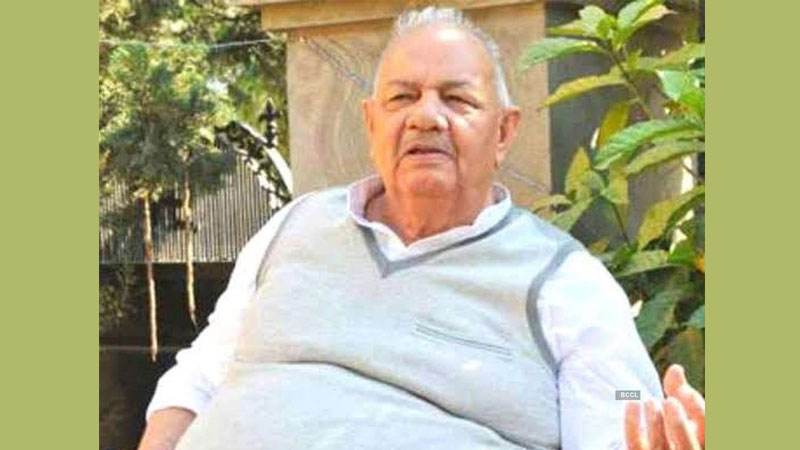 Veteran Jammu & Kashmir BJP leader, former Union Minister Shri Chaman Lal Gupta passed away at his residence at Gandhi Nagar in Jammu & Kashmir on 18 May, 2021. According to the family, Shri Chaman Lal Gupta had tested positive for COVID-19 on 05 May and was after successful treatment at Narayana hospital after successful treatment. His condition suddenly deteriorated in the wee hours and he breathed his last around 5.10 am on 18 May. Shri Gupta (87) is survived by his two sons and a daughter. He was known for championing the cause of Jammu region, a Messiah for the poor and downtrodden and a true philanthropist.

Condoling his death Prime Minister Shri Narendra Modi in Twitter message said, ‘’Shri Chaman Lal GuptaJi will be remembered for numerous community service efforts. He was a dedicated legislator and strengthened the BJP across Jammu and Kashmir. Pained by his demise. My thoughts are with his family and supporters in this hour of grief. Om Shanti’’.

In his message, BJP National President Shri JP Nadda said, “Shocked to hear about the demise of senior BJP leader & former Union Minister Prof. Chaman Lal Gupta Ji. He played an important role in strengthening the party in Jammu & Kashmir. It’s an irrecoverable loss for us. My condolences to the family & supporters in this sad time. Om Shanti”.

Paying rich tributes to Shri Chaman Lal Gupta, Lieutenant Governor of Jammu and Kashmir Shri Manoj Sinha said, “Deeply pained to hear about the passing away of former union minister, Prof Chaman Lal Gupta Ji. A seasoned politician and a widely respected public figure, his demise is a great loss to the political sphere…he will always be remembered for his immense contribution towards welfare of the people”.