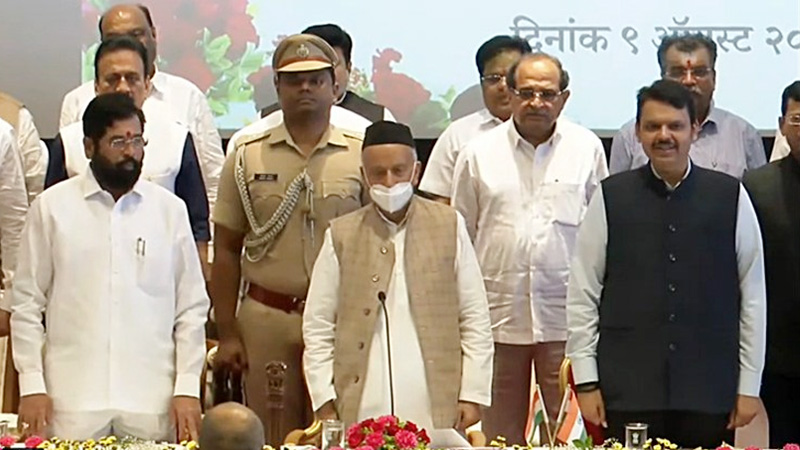 The Eknath Shinde government in Maharashtra added 18 ministers to the state Cabinet on 09 August 2022. The oath-taking ceremony took place at the Raj Bhavan in Mumbai in the presence of Deputy CM Shri Devendra Fadnavis. Governor Shri Bhagat Singh Koshyari administered the oath.

The Prime Minister, Shri Narendra Modi has congratulated all those who took oath as Ministers in the Maharashtra Government.

In a tweet, the Prime Minister said; “Congratulations to all those who took oath as Ministers in the Maharashtra Government today. This team is a great blend of administrative experience and a passion to deliver good governance. My best wishes to them for serving the people of the state.”

BJP National President Shri Jagat Prakash Nadda in his message said, “Congratulations to the newly appointed ministers who took oath in the cabinet of Maharashtra government.