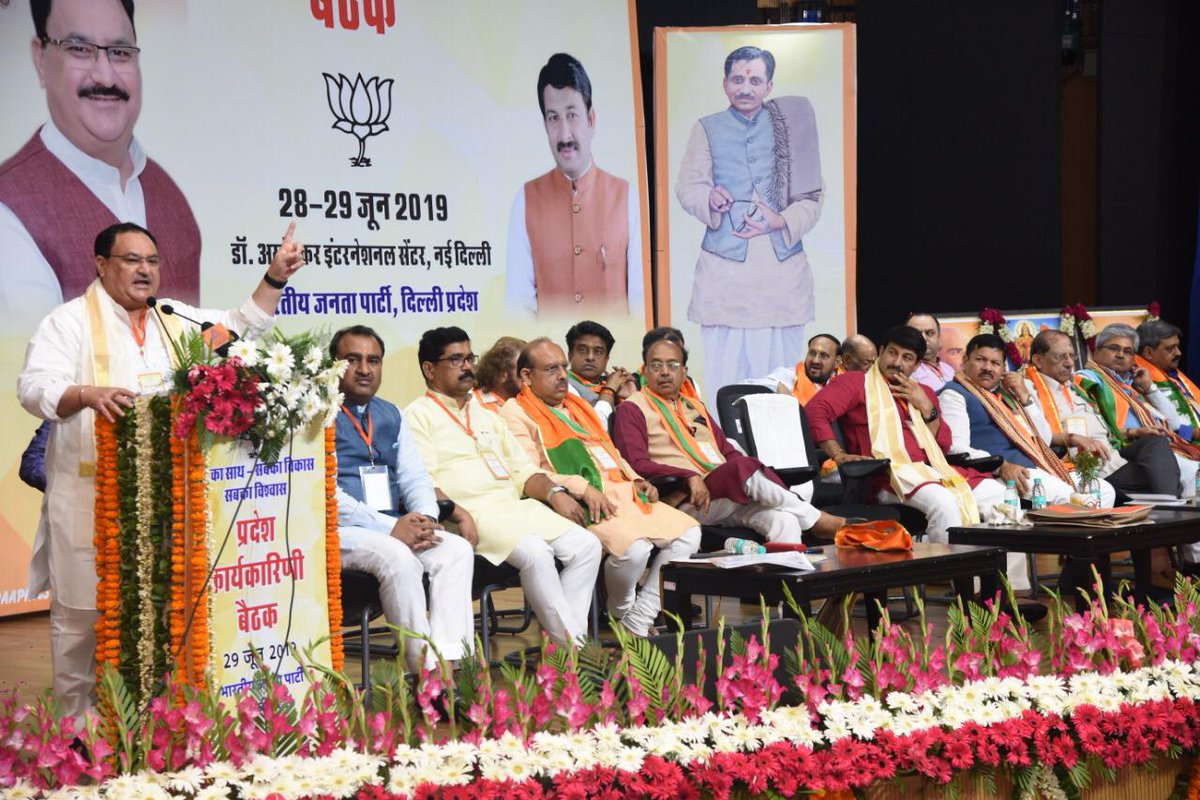 BJP working president Shri J P Nadda Saturday alleged the AAP government has become “a laughing stock” and expressed confidence that BJP party will form government in Delhi as the city needs a leadership with “serious vision” for it.

Addressing the party’s Delhi unit leaders on the second day of the state working committee’s meeting, he asked them to work together for the Delhi elections, due early next year.

In reference to the 2015 Assembly elections where the Aam Aadmi Party had won 67 out of 70 seats, Shri Nadda claimed that the people of Delhi have now started realizing what the leaders have actually done.

“They (AAP) have become the laughing stock. Delhi, being the national capital, needs a leadership which has a serious vision for the city,” he said. Shri Nadda claimed that people are not happy with the Arvind Kejriwal-government in Delhi and exuded confidence that the BJP will win the Delhi Assembly elections.

“I am fully confident that we will succeed in Delhi,” the BJP working president said. In his 30-minute speech, Shri Nadda listed the public-welfare schemes of the Modi government and congratulated BJP’s Delhi unit for its performance in the recent Lok Sabha elections in which party won all the seven seats in national capital.