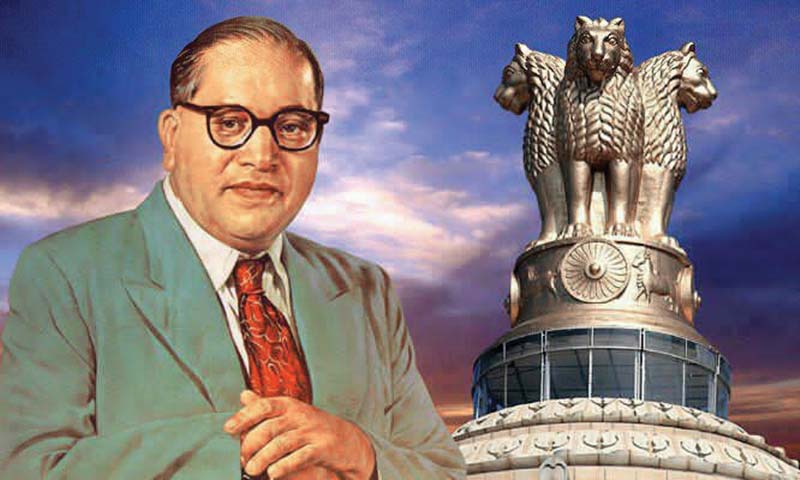 Many years ago Babasaheb Ambedkar had proposed same vision to make farmers free from debt-crisis. Our Prime Minister Shri Narendra Modi has been working continuously on how deepening gap between rich and poor can be narrowed down. No one can feel the pain of poor better than PM Narendra Modi himself because of his background.

Agriculture is the lifeline of India. While contribution of agriculture sector in GDP is only 14%. It supports livelihood of two-third population of India. Farmer is first priority of the present government as the present dispensation knows it better that happiness of country lies in the very happiness of the farmers. During Uttar Pradesh elections I had presented Kisan Samkalp Patra before the people of the state. Now our government has started working there and in the very first cabinet meeting BJP government in the state waived off crop loans of small and marginal farmers. It indicates our priority. Our country saw good production of wheat this year. UP government has set the target to buy 80 lakh metric tonnes of wheat from the farmers. In addition to this the government has formed the committee to address the problems of potato growing farmers. Whenever production of potato increases potato grower could not get even their cost. I have written a letter to UP education minister to solve this problem by including potato in mid-day meal. Potato is itself a complete food. In this way its consumption will increase.

Loan waiver scheme for farmers brought by Uttar Pradesh government shows the way to other states also. UP Government has decided to issue farmer relief bonds to arrange money for loan waiver scheme. Due to SP and BSP government’s misrule and mismanagement of economy, the condition of the state is not so good as to take burden of loan waiver scheme. The government has issued long duration bonds to put state’s economic affairs on track. Due to long duration of bonds, there will be no extra burden on the economy during reimbursement. The step taken by Yogi Government is a lesson to those non-BJP state governments who always put onus on central government on every issue. Many years ago Babasaheb Ambedkar had proposed same vision to make farmers free from debt-crisis. Our Prime Minister Shri Narendra Modi has been working continuously on how deepening gap between rich and poor can be narrowed down. No one can feel the pain of poor better than PM Narendra Modi himself because of his background.

Babasaheb Ambedkar’s vision was continuously neglected by the Congress. Today, we need to rethink on thoughts and ideas of Babasaheb so that our fiscal policies can make possible economic development of our country. We want to build new India envisaged by Babasaheb. Making it a base, we are taking ideology and vision of Babasaheb to very panchayat of the country from April 6 to 14.

Babasaheb is among few Indians who fought for long to change the history. Babasaheb on different occasion gave his ideas on agriculture and farmers. His said, “We should not ignore agriculture while taking industrialization forward. On the strong foundation of agriculture, building of new India will be possible”.

According to Babasaheb every kind of labour, be it industrial or farming should be given same facilities which includes pension and compensation also. Making true, the dream of Babasaheb Ambedkar, Modi Government has launched schemes for poor of our country that includes insurance and pension schemes etc. Babashaheb believed that sharing of lands should be done in such a way that no one to be landlord, sharecropper or labourer. He talked about collective farming. It will create affinity with farming. We are also going forward towards this direction. Baba Sahab was committed to the interest of labourers. And wanted to provide them social security. If you view the previous budgets of Modi government, you will find that the Prime Minister has moved towards Babasaheb’s idea of Bharat.