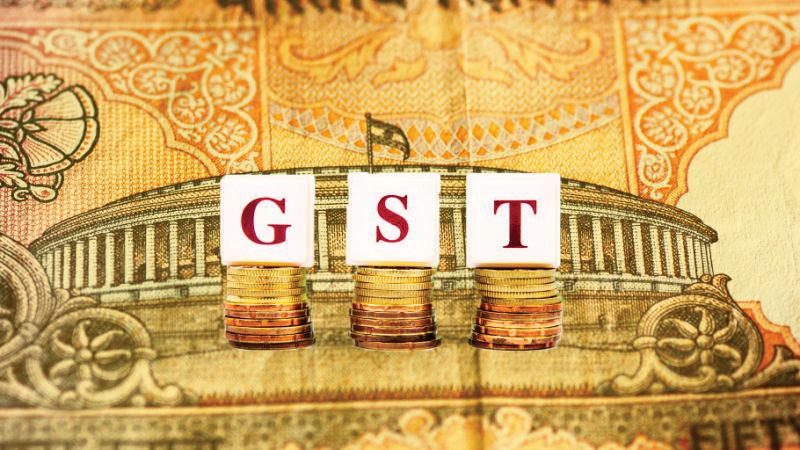 The idea, to bring the entire country in single tax net envisaged by Previous NDA government, took more than a decade to become a reality. National Democratic Alliance led by Shri Atal Bihari Vajpayee had set up committee of state finance ministers to prepare a GST structure. Finally NDA government led by Narendra Modi is making the GST a reality. The historic GST is now closer to meet its July 1 target of rollout. The GST Bill passed promises to subsume India’s miasma of local and national levies into single payment, thus unifying the country’s 29 states , Union territories and 1.3 billion people into common market for the first time. The NDA government under the statesmanship of Narendra Modi has enacted its most important reform to date.

The Lok Sabha & the Rajya Sabha have cleared four bills related to the Goods and Services Tax (GST). The four bills — Integrated GST, Central GST, Union Territory GST and Compensation Bill — will be followed by work in the GST council, comprising Finance Minister Shri Arun Jaitley and State Finance Ministers, to finalize rules and product- and service-wise rates by the end of April, 2017. GST will replace central excise, service tax and state VAT and several other levies, in addition to subsuming existing cesses and surcharges. In the entire legislation related to GST that includes the Constitution (One Hundred and First Amendment) Act 2016, the institution of GST council has come as in the true sense of cooperative federalism in taxation related matters. In the words of Union Finance minister Shri Arun Jaitley “it is for the first time that the center and the states have come together and pooled their sovereignty into the GST council to make it a reality”. Shri Jaitley discussing in Lok sabha on March 29 said “GST is the first of its kind federal contract with constitutional sanction. We (Parliament) are free to make our recommendations to the council but at the same we will have to honour this federal contract where states and the centre have pooled their sovereignty and arrived at the various provisions of these bills.” This historic moment was termed as beginning of New year, new law, new Bharat by our PM Narendra Modi.

The 122nd Amendment to the Constitution will go down in India’s political-economic history as a watershed, as it is about to give the country the most progressive tax reforms till date in the form of Goods and Services Tax (GST) which should make life easier for the trade bodies and industries and more importantly reduce the cost of goods and services for the consumer, without compromising on the revenues of either the Centre or the States.

The World Bank ranks India as 157th out of 189 for simplicity. Before GST, several taxes made the exchanges of goods-services costlier and harder than it is in trade blocs such as NAFTA or the European Union. Queues of lorries idle at India’s state boundaries much in the same way they do at international borders.

The summary of the Bill provides for the levy of the Central Goods and Services Tax (CGST):

The centre will levy CGST on the supply of goods and services within the boundary of a state. The Supply includes sale, transfer and lease made for a consideration to further a business.

Tax rates: The GST Council has recommended a four-tier tax structure of 5, 12, 18 and 28%. On top of the highest slab, a cess will be imposed on luxury cars, soft drinks, tobacco products, pan masala and coal to compensate states for potential revenue loss during the first five years of implementation.

Exemptions from CGST: The centre may exempt certain goods and services from the purview of GST through a notification. This will be based onthe recommendations of the GST Council. The passing of the GST bill is the next step towards New Bharat by 2019 when India would be celebrating 150 years of Mahatma Gandhi’s Birth Anniversary. Gandhi supported for pooling
sovereignty and strong cooperative federalism. The present GST works to introduce 3-Cs cooperation, coordination and convergence among Union-States. The NDA govt is working to deliver all its promises for betterment of people without  discriminating based on religion, caste or social status. The magnitude of benefits from GST, in coming years, will put India in list of developed countries with unified indirect taxes and ease of  doing business.

Some of the salient features of the proposed Indian GST system

GST is defined as any tax on supply of goods and services other than on alcohol for human consumption.

The power to make laws in respect of supplies in the course of inter-state trade or commerce will be vested only in the Union Government. States will have the right to levy GST on intra-state transactions, including on services.

The Centre will levy IGST on inter-state supply of goods and services. Import of goods will be subject to basic customs duty and IGST.

Petroleum and petroleum products, i.e., crude, high speed diesel, motor spirit, aviation turbine fuel and natural gas, shall be subject to GST – date to be notified by the GST Council.

Provision will be made for removing imposition of entry tax /Octroi across India.

Entertainment tax,, imposed by states on movie, theatre, etc., will be subsumed in GST, but taxes on entertainment at Panchayats, municipality or district level will continue.

GST may be levied on the sale of newspapers and advertisements. This would mean substantial incremental revenues for the Government.

Stamp duties, typically imposed on legal agreements by states, will continue to be levied.

Administration of GST will be the responsibility of the GST Council, which will be the apex policy making body for GST. Members of GST Council comprise Central and State ministers in charge of the finance portfolio.

GST has been envisaged as an efficient tax system, neutral in its application and distributional attractive. The advantages of GST are:

-Elimination of multiplicity of taxes and their cascading effects

-Rationalization of tax structure and simplification of compliance procedures

-Harmonization of center and state tax administrations, which would reduce duplication and compliance costs

-Automation of compliance procedures to reduce errors and increase efficiency