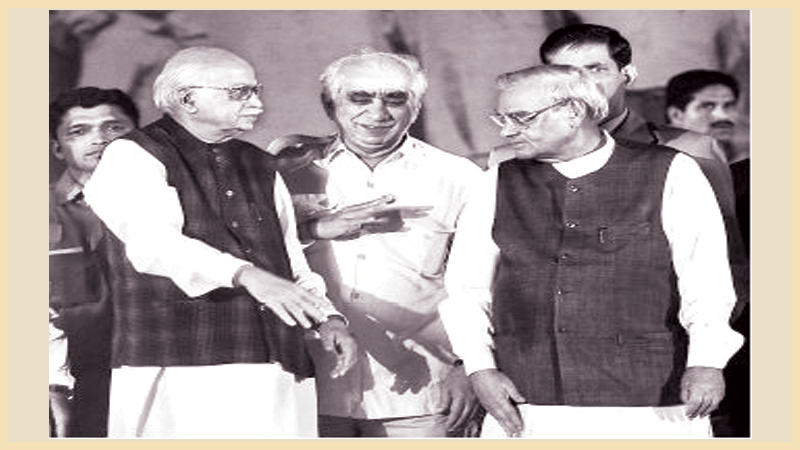 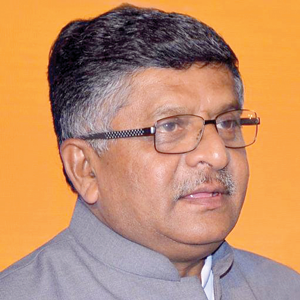 Atalji’s way: Atal Bihari Vajpayee left a profound imprint on the polity, public speaking and, above all, the democratic awakening of India. A leader who was away from the public gaze, who had not spoken or was not heard in public for many years, who left the office of prime minister more than 14 years ago, yet he could generate so much emotion, empathy and profound goodwill in his death — that is the true legacy of Atal Bihari Vajpayee.

After the death of Shyama Prasad Mukherjee and Pandit Deendayal Upadhyay, Atalji became the principal proponent of the ideology of the Jan Sangh and then the BJP. He travelled through the country, stayed in the homes of party workers, addressed public meetings and by the sheer strength of his persona and eloquence spread the message of the party. There will be hundreds of homes where Atalji stayed during his visits and developed family bonds. My home in Patna was one such home.
After Independence, the Congress led by Nehruji and Indiraji dominated the country’s politics. The left, of various shades, and socialists, had their own influence. It was a huge task to find space for the ideology of the Jan Sangh with its stress on nationalism, security of the country and proud adherence to our cultural and civilisational heritage, yet Atalji could manage to carve out that place.

Right from my childhood days I have heard him speak in Gandhi Maidan of Patna and I became mesmerised. It was not only the Jan Sangh or BJP supporters, but also people, including government employees and Opposition workers, who wanted to hear Atalji, not just for his Hindi or poetry but also on issues concerning the country. In some meetings people used to come with tape recorders. Ram Manohar Lohia was also a powerful speaker but both Lohia and Deendayal Upadhyay died young. In independent India, I have not the slightest hesitation to state that Vajpayee was the most powerful public speaker in Parliament or outside. Young people started emulating his style and there are hundreds of young workers who pride themselves as mini-Atals. In one public meeting in Delhi, a speaker in his presence emulated him very well. Atalji said, “if the duplicate is so good then why trouble the original?”

He always stressed on a few important principles. Be dignified in your utterances. “Rajneeti mein mat-bhed ho, man-bhed nahin hona chahiye”, he said. Have abiding trust in the heritage, and faith in the future of India. Proudly explain your ideology, criticise your opponents but don’t treat them as enemies. I remember when Indira Gandhi announced the election in 1977 (after Emergency), Atalji rang me up from Delhi and informed me that he was coming to Patna to meet Jayaprakash Narayan. From the airport I brought him to my house and during a conversation I said something in anger about Indira Gandhi, which was not very dignified. Being a product of the JP Movement and having fought during the Emergency and having seen the way political leaders including JP were treated, the anger was not unjust. But Atalji snubbed me and pointedly said that he did not expect this kind of language from me. Here was a man just released from prison, where he had undergone two surgeries, and yet he had no ill-will against Indira Gandhi. It left a powerful impact on me personally. During my parliamentary or public interventions at times I strongly criticise my opponents but once it is over, I never make it personal.

The sheer height to which he took parliamentary debate with the depth of his commitment, wit, humour and sarcasm, including the ability to laugh at himself, has become the stuff of legend. His speech in 1996 in the Lok Sabha just before he resigned after serving as PM for 13 days will remain one of the finest moments of Indian parliamentary debate. I still remember, while speaking in the Lok Sabha he said, “Somnath” and then paused and looking at the Opposition benches, said, “Somnath Mandir, Somnath Chatterjee nahin”. The late Somnath Chatterjee, a close friend of Atalji, laughed.

Apart from Nehru, Indira Gandhi and Narendra Modi, Vajpayee was the only PM popularly elected by the people of India. Rajiv Gandhi had won not on his own persona but because of the sympathy generated by the assassination of Indira Gandhi. As the first true non-Congress PM, Atalji led path-breaking initiatives for the country. The courage he showed when India undertook the nuclear tests and the way he held on against global pressure made us proud. He led the nation down the path of economic reforms, too, by choice and not under compulsion.

I had the privilege to serve in his council of ministers and for me it was a great moment that he had seen me as a child and also as minister in his government. He lent the weight of his personality to far-reaching reforms like the national highway programme, unleashing the mobile phone revolution, kisan credit card, higher spending on school education, rural roads etc. I still remember his prophetic words — “karna hai” — when there were some loud voices of dissent on the national highway project.

He had his own way of sending messages. There were baseless rumours in Lutyens’ Delhi about differences between Atalji and Advaniji. One day he suddenly rang up late Kamla Advaniji, said he was coming for lunch. A leading journalist, based upon information from a source in the PMO, wrote that Atalji will never make Advaniji the Deputy PM. On the same day, Advaniji was appointed as Deputy PM.

My father Thakur Prasad was a close associate of Atalji. He passed away in April 1994. Atalji had just returned from the US that evening and without even caring for jet lag he rushed to Patna to console my mother and attend his last rites.

During the Iraq war, it was widely expected that in view of the improving India-US relationship, some Indian forces would be sent to Iraq as well. Atalji put his foot down and refused to send Indian troops to Iraq. He told us, “If a soldier died defending India I would tell his mother that her son died for the country. If an Indian soldier died in UN peacekeeping mission, I would tell his mother her son died defending global peace. What would I tell a mother whose son died in Iraq?”

India has lost a great leader whose deeds will continue to inspire the coming generations. My respectful pranam to his soul.

(The writer is Union Minister of Law & Justice, Information Technology )