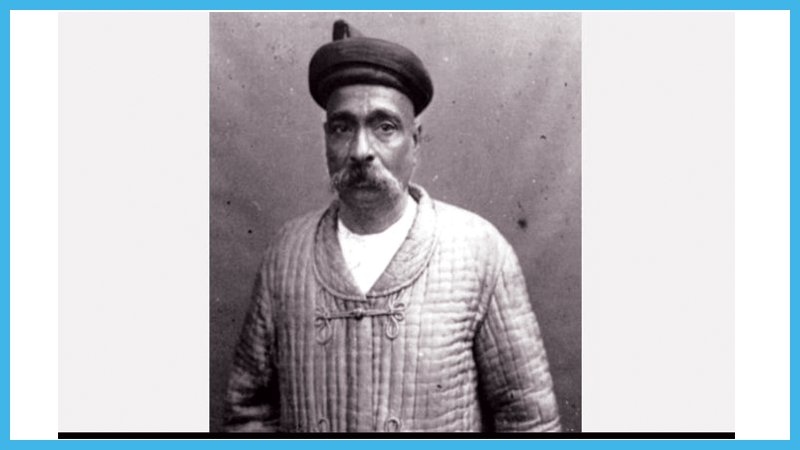 Bal Gangadhar Tilak or Lokmanya Tilak, born as Keshav Gangadhar Tilak was a great freedom fighter, nationalist, teacher, social reformer and lawyer. He was the first widely known Indian political leader of the Indian Independence Movement and British colonial authorities called him, “The father of the Indian unrest.” He was also conferred with the title of “Lokmanya”, which means accepted by the people as their leader.

Tilak was one of the first and strongest advocates of Swaraj or “self-rule” and a strong radical in Indian consciousness. He is known for his quote: “Swarajya is my birthright and I shall have it!”. He formed a close alliance with many Indian National Congress leaders including Bipin Chandra Pal, Lala Lajpat Rai, Aurobindo Ghose, V. O. Chidambaram Pillai and Muhammad Ali Jinnah.

Lokmanya Tilak was born in a Marathi family in Ratnagiri, Maharashtra on 23 July, 1856. His ancestral village was Chikhali. His father, Gangadhar Tilak was a school teacher and a Sanskrit scholar who died when Tilak was sixteen. Tilak graduated from Deccan College Pune in 1877. In 1871 Tilak was married to Tapibai when he was sixteen, a few months before his father’s death. He obtained his Bachelor of Arts in first class in Mathematics from Deccan College of Pune in 1877. He left his M.A. course of study midway to join the LL.B course instead, and in 1879 he obtained his LL.B degree from Government Law College. After graduating, Tilak started teaching mathematics at a private school in Pune. Later, due to ideological differences with the colleagues in the new school, he withdrew and became a journalist.

He organised the Deccan Education Society in 1884 with a few of his college friends. Their goal was to improve the quality of education for India’s youth. The Deccan Education Society was set up to create a new system that taught young Indians nationalist ideas through an emphasis on Indian culture. The Society established the New English School for secondary education and Fergusson College in 1885 for post-secondary studies. Tilak taught mathematics at Fergusson College.

Tilak had a long political career agitating for Indian autonomy from the British rule. Before Gandhi, he was the most widely known Indian political leader. He was considered a radical Nationalist but a Social conservative. He was imprisoned on a number of occasions that included a long stint at Mandalay. At one stage in his political life he was called “the father of Indian unrest” by the British authorities. Tilak opposed the moderate views of Gopal Krishna Gokhale, and was supported by fellow Indian nationalists Bipin Chandra Pal in Bengal and Lala Lajpat Rai in Punjab. They were referred to as the “Lal-Bal-Pal triumvirate”.

When World War 1 started in August of 1914, Tilak cabled the King-Emperor George V of his support and turned his oratory to find new recruits for war efforts. He welcomed The Indian Councils Act, popularly known as Minto-Morley Reforms, which had been passed by British Parliament in May 1909, terming it as “a marked increase of confidence between the Rulers and the Ruled”. He also tried to convince Mohandas Gandhi to leave the idea of Total non-violence (“Total Ahimsa”) and try to get self-rule (“Swarajya”) by all means.

Tilak started two weeklies, Kesari (“The Lion”) in Marathi and Mahratta in English in 1880–81 with Gopal Ganesh Agarkar as the first editor. By this he was recognized as ‘awakener of India’.

In 1894, Tilak transformed the household worshipping of Ganesha into a grand public event (Sarvajanik Ganeshotsav). In 1895, Tilak founded the Shri Shivaji Fund Committee for celebration of “Shiv Jayanti”, the birth anniversary of Chhatrapati Shivaji, the founder of the Maratha Empire.
Bal Gangadhar Tilak breathed his last on 01 August, 1920 at the age of 64.

Kamal Sandesh Parivar pays tribute to this great son of Bharatmata on his Jayanti.