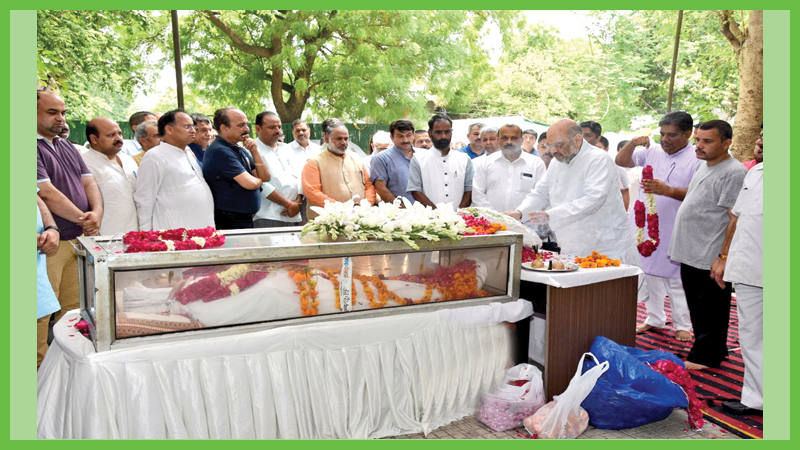 BJP National President Shri Amit Shah expressed heartfelt condolence on the demise of the leader. He said in his condolence message that Rampyare Pandey ji as Pracharak devoted his entire life in RSS and BJP. He held different types of responsibility in the organization. Shri Shah added, Shri Pandey discharged distinguished responsibilities in the building of organization. He termed his demise as irreparable loss to the party. In this time of grief I on behalf of the party’s karykartas and myself expressed deepest sympathies to the bereaved family. Shri Shah said further in his condolence message, May God give peace to the departed soul and grant the courage and strength to bereaved family to bear
the loss.