Shri Narendra Modi dedicated a museum in Ranchi in memory of Dharti Aaba Birsa Munda. On that occasion, PM Shri Modi said, “Observance of the Janjatiya Gaurav Diwas on Birsa Munda’s birth anniversary will serve as an opportunity to celebrate the glorious tribal culture and contribution to national development”.

On the birth anniversary of Bhagwan Birsa Munda on November 15, 2022 the second Janjatiya Gaurav Divas was celebrated across the country and the contributions of tribal communities to Indian culture were highlighted.

‘Acknowledge and celebrate the tribal contribution’ 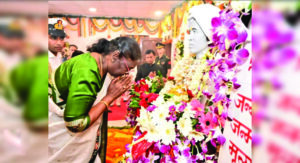 She greeted the citizens on the Janjatiya Gaurav Divas and said the tribal communities have enriched the life of the nation with their arts, crafts and hard work. In a time of climate change, the tribal lifestyle and drive for forest conservation offers a timely lesson to all, said Smt. Droupadi Murmu.

The Prime Minister paid tributes to Bhagwan Birsa Munda and said 15th November is a day to celebrate Adivasi tradition as Bhagwan Birsa Munda was not just the hero of our freedom struggle but was a carrier of our spiritual and cultural energy.
The Prime Minister recalled the contribution of the tribal community in the freedom struggle and remembered key tribal movements and wars for Independence. He 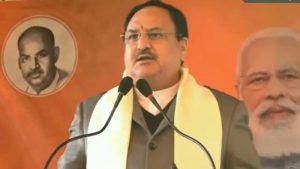 Long live Bhagwan Birsa Munda, who at the age of just 25 awakened everybody to end the atrocities on the tribal society and to protect the self-righteousness. Wishing you all a very Happy Janjatiya Gaurav Diwas”.

Shri Modi listed numerous measures to acknowledge and celebrate the tribal contribution. He talked about the tribal museums in various parts of the country and schemes like Jan Dhan, Gobardhan, Van Dhan, Self-help Groups, Swachh Bharat,

Who is Birsa Munda

-He led a peoples movement against British colonial rule and conversion activities in the areas of the Bengal Presidency, which today are part of Jharkhand.

-His movement in the Munda belt of Khunti, Tamar, Sarwada, and Bandgaon helped in the revival of traditional tribal culture.

-He attained martyrdom at the young age of 25 in British custody at the Ranchi jail. However, in his younger age, Birsa Munda’s contribution to tribal causes earned him the title of ‘Bhagwan’ or Lord.

Shri Modi highlighted the valour, community life and inclusion of the Adivasi Samaj. “India has to give shape to its future by learning from this grand legacy. I am sure that Janjatiya Gaurav Diwas will become an opportunity and medium for this”, he concluded.