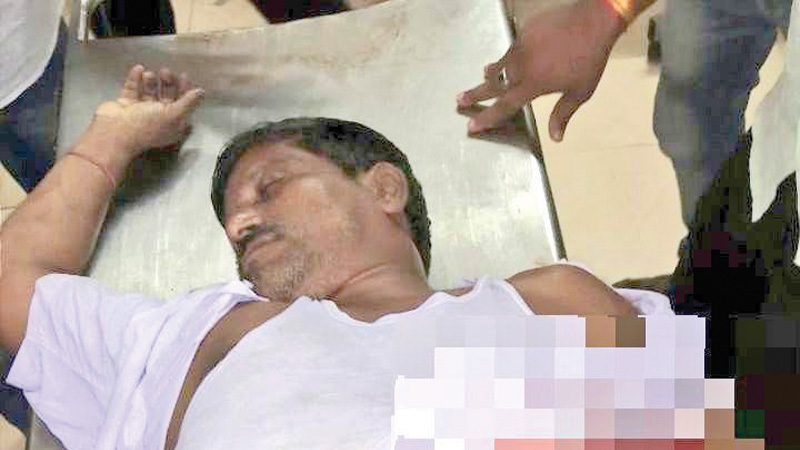 Bhordha Mandal BJP President Manguli Jena was shot at near Khurda BJP MLA candidate Kalucharan Khadayat’s residence by unidentified gunmen in Khurda, Odisha just a day ahead of Prime Minister Shri Narendra Modi’s visit to the state during Lok Sabha elections. This is the second instance of poll violence in the state during the Lok Sabha election 2019 in less than three weeks.

He sustained critical bullet injuries and was admitted to the district hospital but was declared dead on arrival by doctors.

Following the incident, the BJP called for Khordha bandh from 8 a.m. to 2 p.m. on Monday. The party workers staged protests outside a police station demanding immediate arrest of the killers.

PM Shri Narendra Modi condemned the Killing of BJP Mandal leader in Odisha and said law and order has deteriorated in the state under BJD rule.

“We are shattered to hear about the murder of one of our party leaders of Khordha,” Union Minister Shri Dharmendra Pradhan said. He blamed the ruling Biju Janata Dal for the murder of the BJP worker and said they will get a befitting reply from voters.