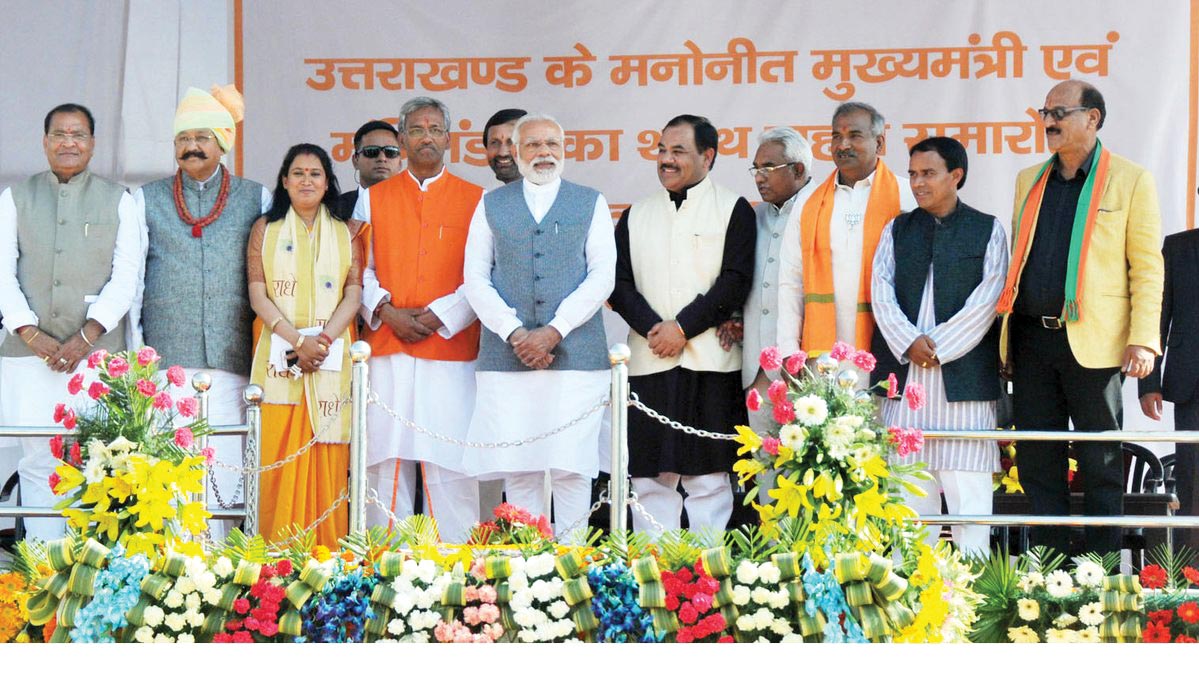 Shri Trivendra Singh Rawat was sworn-in as Uttarakhand Chief Minister on 18 March, 2017 after a massive victory of the party in the assembly elections. The BJP decimated the Congress in the Assembly election, winning 57 of the 70 seats. Governor Shri K K Paul administered the oath of office and secrecy to the 56-year-old Shri Rawat and nine ministers at a ceremony at the Parade Grounds in Dehradun. The ceremony was attended by Prime Minister Shri Narendra Modi, BJP National President Shri Amit Shah and other national and state party leaders.

After taking oath as the CM Shri Rawat said, “My own belief is that people in the state want opportunities that will help them grow. Therefore, our focus is going to be on development of the hills as well as the plains by providing suitable opportunities for people”. 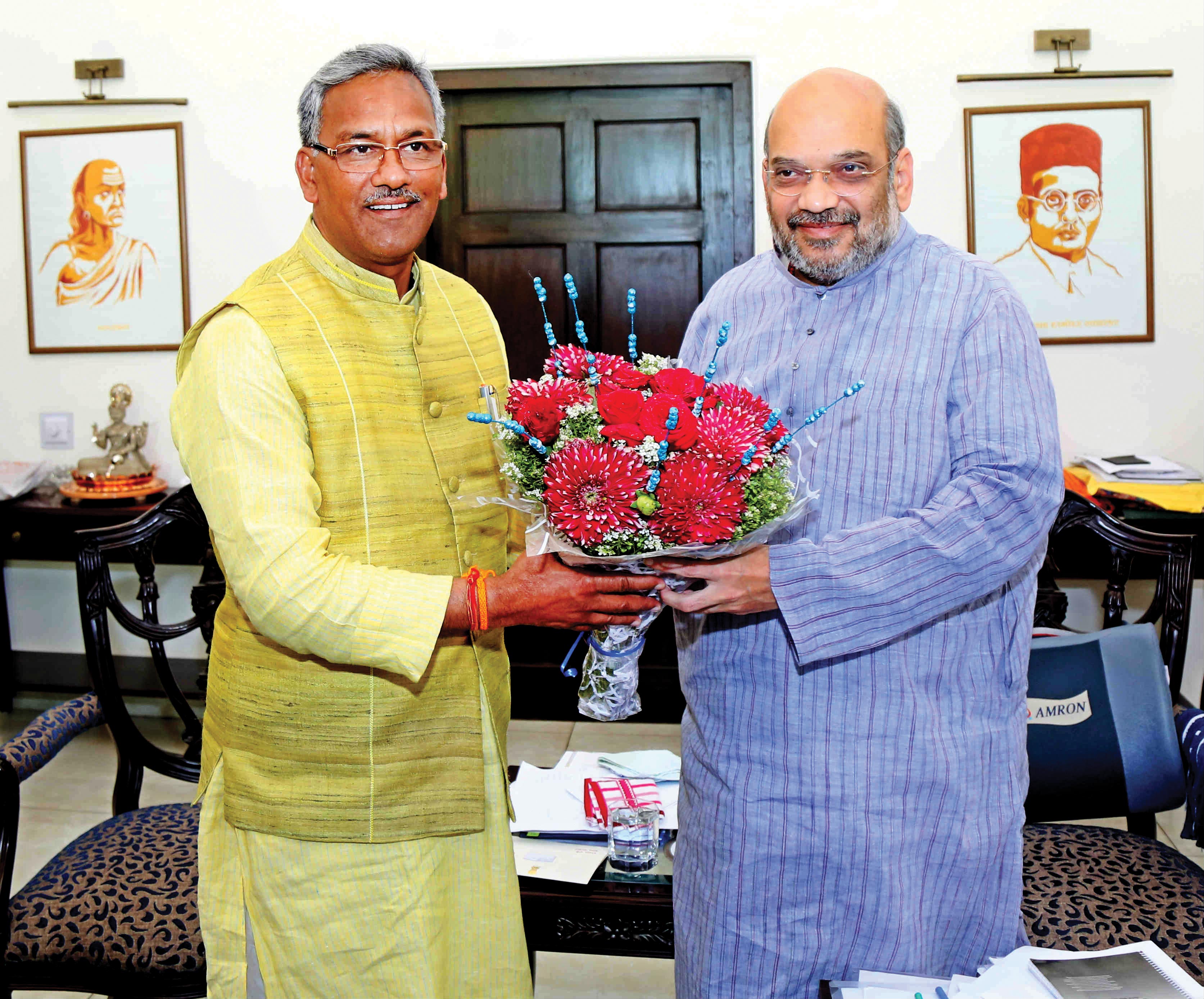 Shri Rawat was born in December 1960 in the village of Khairasain in the Kotdwar tehsil, in Pauri Garhwal district of Uttarakhand (formerly in Uttar Pradesh).

He was the ninth and youngest child in the family. He obtained his Master’s Degree in Journalism from Birla Campus in Srinagar affiliated to the Hemwati Nandan Bahuguna Garhwal University. He joined the Rashtriya Swayamsevak Sangh in 1979 before becoming its Pracharak for the Dehradun region in 1985. Subsequently, he joined the Bharatiya Janata Party.
He was made BJP’s organizing secretary for Uttarakhand.

He was also actively involved in the Uttarakhand movement, during which he was arrested several times. After the region received statehood in 2000, Shri Rawat was made the state BJP President. He was elected from Doiwala in the State’s first legislative assembly elections in 2002. He retained his seat in the 2007 elections and served as the State’s Minister of Agriculture. As National Secretary of the Bharatiya Janata Party, he served as in-charge of Jharkhand State. In 2017 Shri Trivendra won from the Assembly constituency of Doiwala.