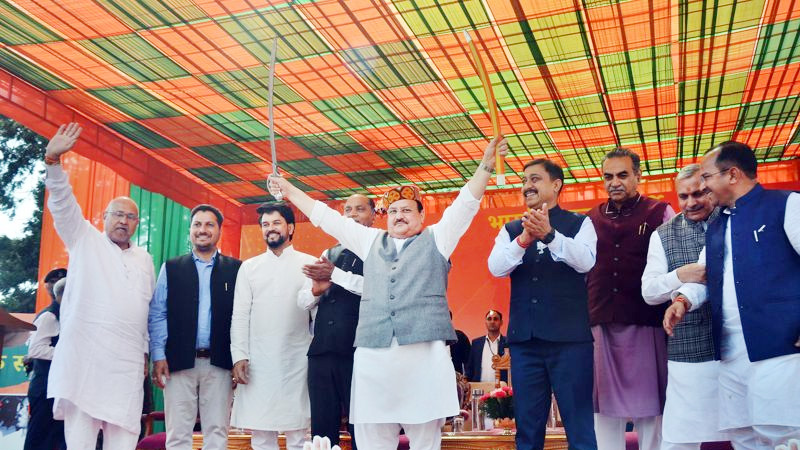 Bharatiya Janata Party National President Shri Jagat Prakash Nadda reached Himachal Pradesh on a four-day Pravas starting from 09 April, 2022 during which he participated in various programmes and held organisational meetings in view of the upcoming elections.

BJP National President’s Pravas commenced with a grand road show from Vidhan Sabha Chowk in the state capital of Shimla to Peterhoff. Thousands of BJP leaders and Karyakartas welcomed the party National President with the beats of drums and showering of flower petals. After that he addressed a massive public gathering at Peterhoff.

On the last day of his Pravas, i.e. on 12 April, 2022 Shri Jagat Prakash Nadda visited AIIMS in Kothipura and inspected the ongoing work there. He also interacted with party workers in Jhandutta, Kandaur, Ghagas and Raghunath Pura.

Addressing the BJP Karyakartas in Peterhoff on 09 April, 2022 BJP National President Shri Jagat Prakash Nadda said, “The Bharatiya Janata Party government in the state has done massive development works, it has served the people well and taken care of the needs and welfare of all the sections of the society. I am fully confident that the people of Himachal Pradesh will once again bless and support the Bharatiya Janata Party and help in making its government in the state with massive majority”. 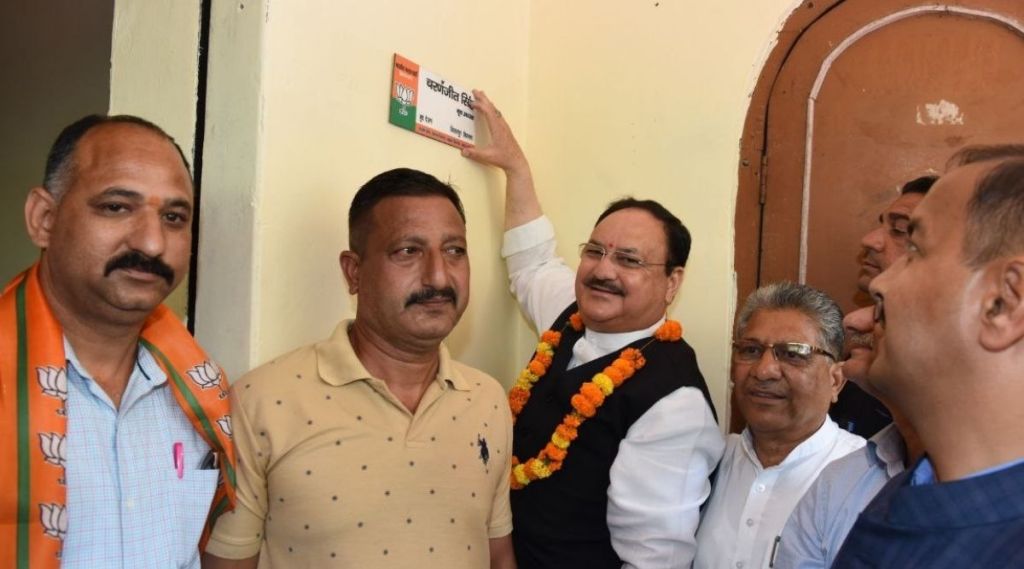 PM MODI WORKING TIRELESSLY FOR POOREST OF THE POOR

Speaking to the Karyakartas Shri Nadda said Hon’ble Prime Minister Shri Narendra Modi has worked tirelessly for the poorest of the poor and ensured that they get included in the national mainstream. He has taken care of every section of the society and worked for people’s empowerment. The victory of the Bharatiya Janata Party in four states is a big stamp on the pro-poor, welfare and development policies of the Narendra Modi Government.

Now it is the turn of Himachal Pradesh and Gujarat. All the Bharatiya Janata Party workers have to take the pro-poor and development policies and programmes to all the households in these states. We have to highlight the achievements and good work done by the Narendra Modi Government and the BJP governments in these states.

HIGHLIGHTS OF THE SPEECH
• Under the leadership of Prime Minister Shri Narendra Modi we have waged war against dynasty politics and have started the politics of development and progress.
• We have given the country a new kind of politics and developed a new culture of giving our report card.
• The people of Uttar Pradesh, Uttarakhand, Manipur and Goa have put their stamp on Prime Minister Shri Narendra Modi’s politics of development and growth.
• The Narendra Modi Government has given to people a pro- active and pro – responsive government.
• When the situation in Ukraine worsened due to war the Narendra Modi immediately stepped into action and started ‘Operation Ganga’ in which over 20,000 Indian students were safely airlifted.
• Out of this 426 students were from Himachal Pradesh.
• During the Operation Ganga the hardworking BJP workers went to the houses of these students and gave courage and support to their parents.
• During the Corona pandemic the Narendra Modi Government for over two years now has been providing free ration to over 80 crore poor and needy people under the Gareeb Ann Kalyan Yojna so that not a single person should go to sleep empty stomach.
• Now this important ‘Gareeb Ann Kalyan Yojna’ has been extended till September 2022.

The foundation stone of ‘Atal Tunnel’ was laid by the then Prime Minister Shri Atal Bihari Vajpayee ji, but under the Congress led UPA government the project came to a standstill and no work was done. Finally the construction of the strategic Atal Tunnel was completed by Prime Minister Shri Narendra Modi.