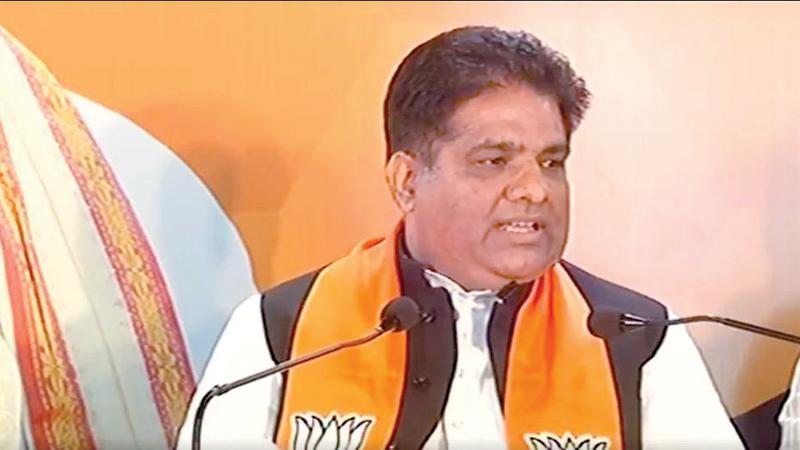 A meeting of the BJP national office-bearers, State Presidents, General Secretaries (organization) was held at party Central Headquarters in Delhi on 13 December 2018. The meeting was presided by BJP National President Shri Amit Shah. The main focus of the meeting was preparation of 2019 Lok Sabha elections. BJP National General Secretary Shri Bhupendra Yadav addressed the media on the decisions taken in the meeting. He conveyed that the BJP National Council meeting will be held on January 11- 12 January 2019 at Indira Gandhi Stadium in New Delhi. He further said that in order to garner support from the youth, the Bharatiya Janata Yuva Morcha (BJYM) will conduct a workshop for its national, state and district office bearers at the civic centre on December 15 -16, 2018.

In this organizational meeting attended by all central office-bearers as well as state presidents and organizational general secretaries of state units, BJP National President chalked out an extensive programme to kick-start preparations for the 2019 polls. It was decided that all Morchas will organize programmes at national level in the months to come.

The first in a series of morcha-level meetings will be the national executive of the Bharatiya Janata Yuva Morcha on December 15- 16 2018 in New Delhi which will be addressed Shri Amit Shah.

The Scheduled Caste Morcha will meet in Nagpur on January 19-20, 2018. Office-bearers from the district level upwards will attend the meeting to be addressed by Shri Shah and Union Ministers Shri Nitin Gadkari and Shri Thawarchand Gehlot.

The OBC Morcha meeting will be held on 15 and 16 February in Patna. Former Madhya Pradesh CM Shri Shivraj Singh Chouhan will be the chief speaker at a public rally by the OBC Morcha in Patna’s Gandhi Maidan on February 16, after the national executive meet of the BJP’s OBC Morcha.

The Party Mahila Morcha’s national conference will held at Ahmadabad in Gujarat on December 21 & 22,2018. A rally of women will be addressed by Prime Minister Shri Narendra Modi on December 22 at Adalaj in Gujarat.

The series of Morcha and related programmes across the country will conclude with a meeting of the Kisan Morcha on February 21-22, 2019, which will be addressed by Prime Minister Shri Narendra Modi.