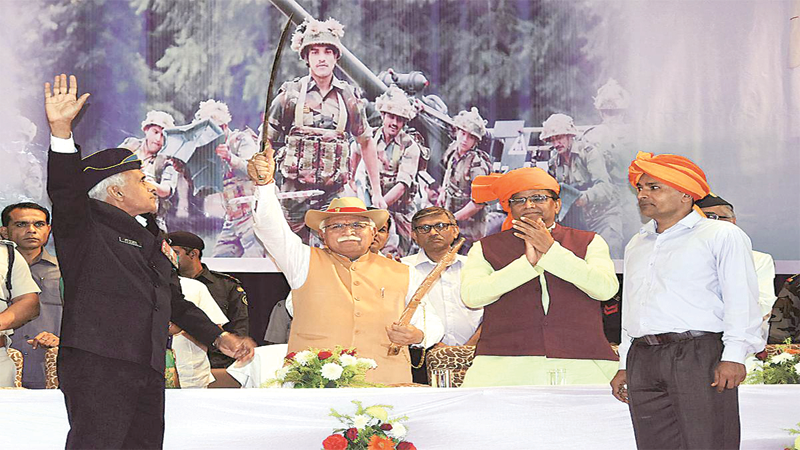 The ruling Bharatiya Janata Party has registered a clean sweep, winning all five mayoral posts in the elections to five municipal corporations in Haryana. The BJP registered victory with a huge margin for the seats of mayor in five municipal corporations including Hisar, Rohtak, Yamunanagar, Panipat and Karnal, for which elections were held on 16 December and results were declared on 19 December, 2018.

The mayors of these five MCs have been elected directly for the first time by the voters in the state. The ruling BJP, however, had to be content with 62 seats out of 107 wards it contested in five MCs. The results sprung a surprise as independent candidates managed to win on 48 seats out of 110 wards in these MCs. The elections were also held in 13 wards each in two municipal committees including Jakhal Mandi (Fatehabad) and Pundri (Kaithal).

This closely watched high-stake electoral battle was widely seen as a popularity test for the BJP government after more than four years in office in Haryana.

The BJP had contested from all the seats of mayor and of 107 wards of municipal corporations while BSP and CPI (M) contested on their symbols on one seat each in mayoral polls. The main opposition party, Indian National Lok Dal had contested the election from three seats of mayor including Hisar, Panipat and Rohtak and failed to secure even second spot in terms of number of votes. While the Congress did not contest on its party symbol, it had announced support for several candidates in the elections.

In Jat heartland of Rohtak also, BJP managed to register a victory with its candidate Manmohan Goyal defeating independent Sitaram Sachdev by a margin of 14776 votes. Manmohan bagged 65822 votes.

The victory in Rohtak, the home-turf of two-time former Chief Minister Bhupinder Singh Hooda has given a much-needed shot in the arm to the BJP while it has caused concern for the Congress. Bhupinder Hooda and his son Deepender Hooda, who is MP from Rohtak were backing independent Sitaram Sachdeva.

BJP’s Gautam Sardana in Hisar also secured an easy win against independent Rekha Aren, who was supported by Congress leaders. Gautam polled 68196 votes and managed to win by a margin of 28091 votes.

The civic body election was a big test for Chief Minister Shri Manohar Lal’s performance, which he seems to have passed with flying colours. Also, the victory is more comforting for the BJP with the main opposition party INLD, not being able to secure even the second spot in three MCs, it contested for mayoral position.