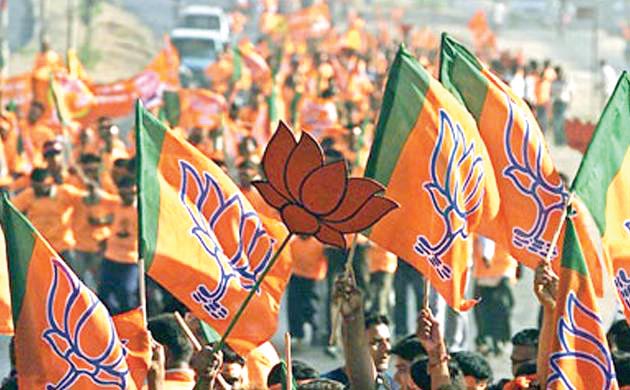 The BJP again retained all the six local bodies – Ahmedabad, Surat, Vadodara, Rajkot, Jamnagar and Bhavnagar. Congress, the main opposition, got a shameful defeat as it won only 55 seats and failed to even open its account in Surat.
The final tally for BJP is – 159 out of 192 seats in Ahmedabad, 68 out of 72 seats in Rajkot, 50 out of 64 seats in Jamnagar, 44 out of 52 seats in Bhavnagar, 69 out of 76 seats in Vadodara and 93 out of 120 seats in Surat.

Prime Minister Shri Narendra Modi thanked the people of Gujarat for reinstating their faith in the Bharatiya Janata Party.

“Thank you Gujarat! Results of municipal elections across the state clearly show the unwavering faith people have towards politics of development and good governance. Grateful to the people of the state for trusting BJP yet again. Always an honour to serve Gujarat… Today’s win across Gujarat is very special. For a party that is serving in a state for over two decades to record such a phenomenal win is noteworthy. It is heartening to see widespread support from all sections of society, particularly the youth of Gujarat towards BJP,” the Prime Minister said.

He further hailed the Karyakartas of state BJP and said, “I would like to appreciate the efforts of each and every Karyakarta of @BJP4Gujarat, who reached out to people and elaborated our Party’s vision for the state. The Gujarat government’s pro-people policies have positively impacted the entire state”.

BJP National President Shri Jagat Prakash Nadda too congratulated all the members of the party’s Gujarat unit, including CM Shri Vijay Rupani, for the thumping victory it received in the local body polls. “The BJP has received an overwhelming majority in all six metropolitan municipalities of Gujarat. It is a victory of the unwavering faith in PM Modi’s public welfare and development-oriented policies. I thank the people of the state for their continued faith in the BJP,” Shri Nadda said.

‘GUJARAT ONCE AGAIN DISTINGUISHES ITSELF AS A STRONGHOLD OF BJP’

Union Home Minister Shri Amit Shah expressed satisfaction on election results and said the election results of the six Municipal Corporations of Gujarat show that Gujarat has once again distinguished itself as a stronghold of the Bharatiya Janata Party. He said election results are one of the best results for the BJP so far in Gujarat. The main reason for the BJP’s victory in about 85% of the seats is the work culture, functioning of the BJP governments and the mantra of ‘Sabka Saath, Sabka Vikas and Sabka Viswas’ of Prime Minister Shri Narendra Modi.