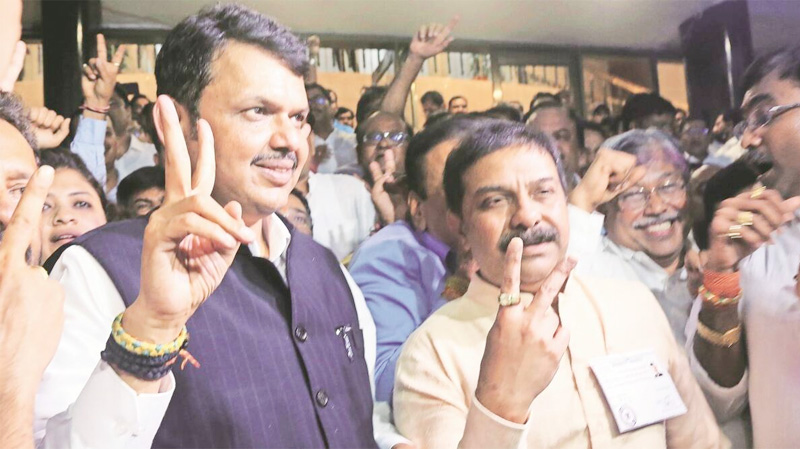 On the other hand, the ruling alliance was left red-faced as they lost out following cross-voting. This is the second consecutive loss for the ruling MVA in a matter of two weeks as the BJP had, on June 10, snatched victory against the MVA in the Rajya Sabha polls.

The BJP fielded five candidates while MVA fielded six candidates for 10 MLC seats. BJP managed to win big in the election despite being short in numbers.
Reacting to the win, Leader of Opposition in Maharashtra Assembly Shri Devendra Fadnavis said, “We have got all five candidates elected. In Rajya Sabha, BJP got 123 votes. In the council elections, we got 134 votes. For our 5th candidate, we didn’t have the votes. But he got more votes than two Congress candidates.”