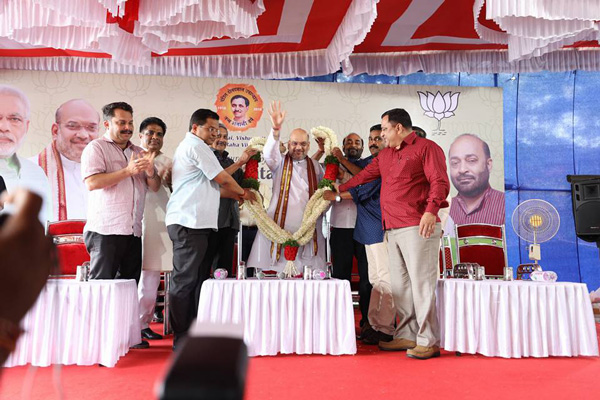 BJP National President Shri Amit Shah arrived in Goa on 01 July, 2017 on a two-day visit where he met senior party officials to draw up a strategy for the grass root infrastructure of the party for 2019 general elections. This was Shri Shah’s second trip to Goa after the BJP-led government came to power in the state following the Assembly elections held in February this year. 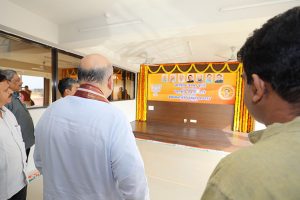 Addressing the gathering he said the BJP will have its office in all districts of the country by December 2018. BJP workers are the focal point of party’s journey from Jan Sangh till now. The party’s existence is through the smallest of the booth level cadre,” he said.

“The party office is not less than a temple for the workers. This is the place where planning is done based on which the party marches ahead. That is why BJP has decided that each district will have party office across the country by December 2018,” he added.

Hailing the Manohar Parrikar-led Goa government, Shri Shah said “when BJP government is formed in any state, it is not just change in power but also change in the systems”. “Goa is an apt example.