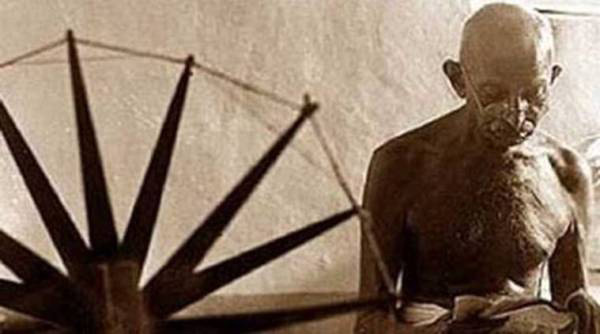 “The Ram Rajya of my dream ensures equal rights alike of prince and pauper”, observed the Mahatma. “There can be no Ram Rajya in the present state of iniquitous inequalities in which a few roll in riches and the masses do not get even enough to eat”.

Agrateful nation paid rich tributes and celebrated the birth anniversary of Mahatma Gandhi. I would call upon every citizen to take a vow to fight various pervasive social evils like poverty, corruption, illiteracy, casteism, black money, gender discrimination, atrocities against weaker sections and the lack of sanitation and hygiene. It is a matter of concern that 70 years after Independence, the country’s progress is being hindered by such evils. Let us all strive together to realise the dreams of Gandhiji and usher in “Ram Rajya” where all are equal and there is no discrimination of any kind.

Gandhiji’s thoughts are immortal. His wish for Ram Rajya should be understood in the proper perspective and governments and the people must work to realise that dream.

“The Ram Rajya of my dream ensures equal rights alike of prince and pauper”, observed the Mahatma. “There can be no Ram Rajya in the present state of iniquitous inequalities in which a few roll in riches and the masses do not get even enough to eat,” he said. With around 22 per cent of people in the country living below the poverty line, there has to be a concerted effort from governments as well as non-governmental organisations to ameliorate their living conditions by adopting a clear-cut developmental strategy with a strong emphasis on inclusive growth. It should be noted that ensuring proper education to all, including the most marginalised, will go a long way in combating poverty.

I would like to recall what the father of the nation said: “The Swaraj of my dream is the poor man’s Swaraj. The necessities of life should be enjoyed by you in common with those enjoyed by the princes and the moneyed men. But that does not mean that they should have palaces like theirs. They are not necessary for happiness. You or I would be lost in them. But you ought to get all the ordinary amenities of life that a rich man enjoys. I have not the slightest doubt that Swaraj is not Poorna Swaraj until these amenities are guaranteed to you under it”.

What the father of the nation had stated on education is relevant even today. He said: “Literacy in itself is no education. Literacy is not the end of education or even the beginning. By education, I mean an all-round drawing out of the best in the child and man — body, mind and spirit.” “Basic education,” he said, “links the children, whether of the cities or the villages, to all that is best and lasting in India.”

The biggest tribute we can pay to Gandhiji is to follow his ideals in letter and spirit. His statement that sanitation was more important than political independence clearly reflected the utmost importance he attached to cleanliness. He had also stated that a lavatory should be as clean as a drawing room. I am happy that the Swachh Bharat Abhiyan has turned into a people’s movement with celebrities and commoners joining hands to usher in a clean India by the 150th birth anniversary of Gandhiji. I would like the people, particularly the youth, to display a similar kind of passion and determination in building a new and resurgent India in the near future.

It is ironic that at a time when scientific and technological advancements are shrinking barriers in a truly globalised world, some people are trying to use religion as a tool to divide people and create strife. Religion should serve as a bridge for promoting harmony and peaceful co-existence of various faiths and religious fundamentalism should not be allowed to spread its tentacles in any form. Again, I would like to recall the sagacious words of the Mahatma who said, “Religion can be defended only by the purity of its adherents and their good deeds. Never by their quarrels with those of other faiths.” He also said, “For God-fearing men, all religions are good and equal; only the followers of different religions quarrel with one another and thereby deny their respective religions.” He further pointed out that “the essence of true religious teaching is that one should serve and befriend all.”

Finally, I would like to emphasise that progress and prosperity cannot be achieved without peace. In this context, I would like to appeal to the Maoists and other Naxal groups to lay down arms and join the mainstream of society. I will end by quoting the Mahatma, who had said “non-violence is the greatest force at the disposal of mankind. It is mightier than the mightiest weapon of destruction devised by the ingenuity of man”.