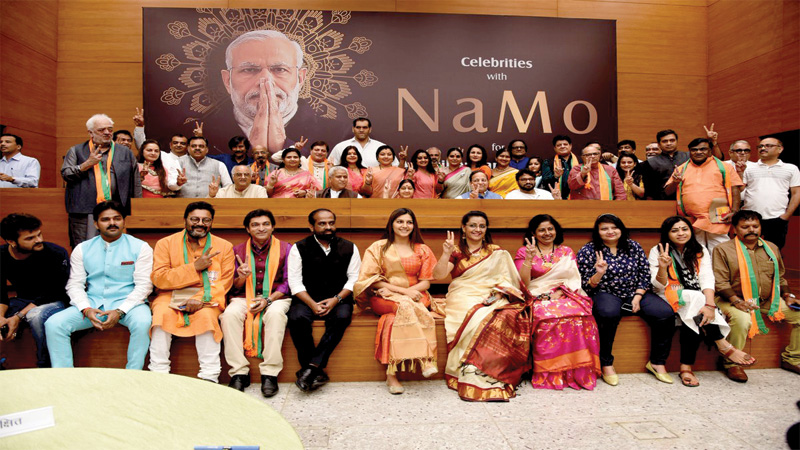 A Programme with eminent personalities and celebrities from Art and Film Industry was organised on 05 May, 2019 in BJP Headquarters, New Delhi. Large number of Film Artists, Producers, Directors, Singers, Music Directors from Hindi, Telugu, Tamil, Kannada, Malayalam, Bhojpuri, Gujarati, have turned up to the programme in support of Shri Narendra Modi. Union Minister for External Affairs Smt. Sushma Swaraj, was the Chief Guest at the programme.