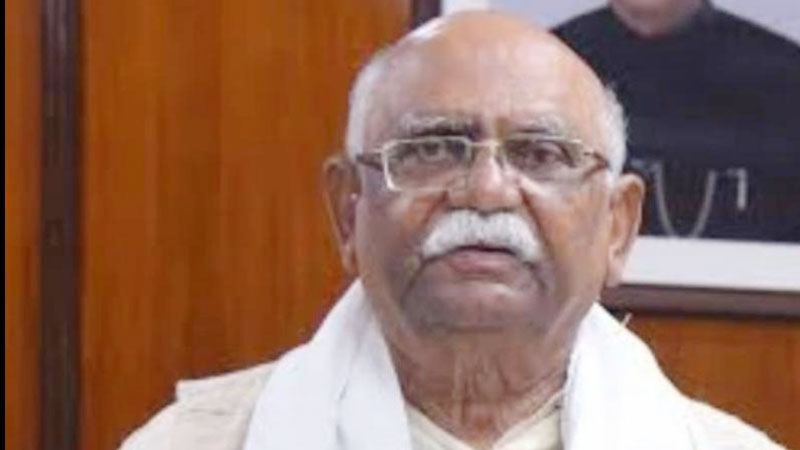 The BJP senior leader from Telangana and former MP Chandupatla Janga Reddy passed away on February 5 at the age of 87. Shri Reddy was born on November 18, 1935. He worked as a teacher in Parkala Village, located in the Warangal District of Andhra Pradesh, for ten years, till 1967. He was a member of the Bharatiya Janata Party. He was a member of the Andhra Pradesh Legislative Assembly in 1967–72 (from Parkal as a Jana Sangh member), 1978–83 (from Shyampet as a Janata Party member) and 1983–84 (from Shyampet as a member of the BJP). He is best known for his time as a Member of Parliament in the 8th Lok Sabha in 1984.

That year, the Bharatiya Janata Party won just two of the 543 Parliament constituencies; one was won by Chendupatla Janga Reddy, representing Hanamkonda in the then undivided Andhra Pradesh, and the other by AK Patel, representing Mehsana, Gujarat. He took an active part in the Telangana Satyagraha Movement and the anti-Malapumm district agitation in Kerala. He was arrested in 1970 for leading a group in Delhi in support of the recognition of Bangladesh, and imprisoned under the Maintenance of Internal Security Act (MISA) from November 14th, 1975, to December 18th, 1976.

The BJP National President, Shri JP Nadda condoling the demise of the leader, said, “Pained by the demise of veteran Jana Sangh and BJP leader Shri C. Janga Reddy Ji.” He played an important role in strengthening the party. His inspiring journey of service to the country and party will not be forgotten.Om Shanti!”