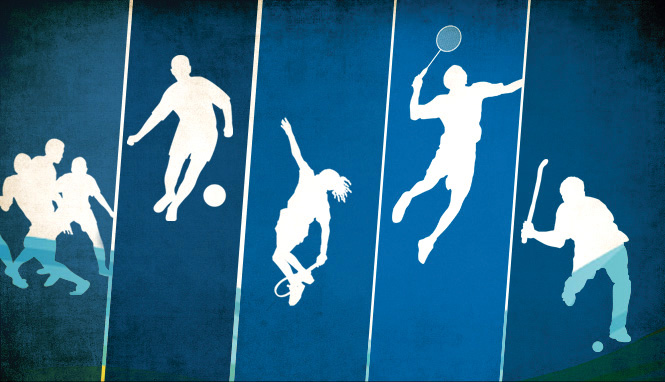 Prime Minister Shri Narendra on June 25 in his radio programme of ‘Mann Ki Baat’ interacted with the people of the country. While interacting he greeted the people on rath yatra and eid. The prime Minister also mentioned some incidents of people participation in Swachh Bharat Abhiyan. Here are highlights of the address:

The chariot festival of Lord Jagannath, the Rath Yatra, is being celebrated in several parts of the country with great piety and fervour. This festival is now also celebrated in some parts of the world…. few would know that in English, there is a word, ‘juggernaut’ which means, a magnificent chariot, that is unstoppable. In the dictionary, the etymology of the word ‘juggernaut’ traces its roots to the chariot of Lord Jagannath.

The underprivileged of the country are deeply connected to Lord Jagannath. Those who have studied the life and works of Dr. Baba Saheb Ambedkar, would have observed that he had wholeheartedly praised the Lord Jagannath temple and its traditions, since, social justice and social equality were inherent to these. Lord Jagannath is the God of the poor.

In this holy month of Ramzan, I came across a very inspiring incident at Mubarakpur village of Bijnor in Uttar Pradesh. About three and a half thousand families of our Muslim brethren reside in that little village and in a way, form a majority of its population. During this Ramzan the villagers decided to get together and construct toilets. Now, to construct these household toilets, the government gives financial assistance, under which, they were provided a sum of 17 lakh rupees. You will be pleasantly surprised and happy to know that, during this holy month of Ramzan, these Muslim brothers and sisters, returned this money to the government, saying, they would construct these toilets with their own labour and their own money.
Recently I came across a wonderful incident, which I would like to share with you. This happened in the Vizianagaram District of Andhra Pradesh. The district administration there undertook a huge task with people’s participation. From 6 a.m. on the 10th of March, till 10 am of the 14th of March. A hundred-hour non-stop campaign.

And what was the objective? To construct 10,000 household toilets in 71 gram panchayats in those hundred hours. And my Dear Countrymen, you will be happy to learn that the administration and the people together did construct 10,000 toilets in hundred hours successfully. 71 villages became ODF. I congratulate the people in the government, government officials and the citizens of Vizianagaram district on this great accomplishment of achieving this feat through immense hard work and setting a very inspiring example in the process.

Shri Prakash Tripathi reminiscing about the Emergency, has written, presenting 25thof June as a Dark period in the history of Democracy. Prakash Tripathi ji’s commitment to democracy is praiseworthy. Not only is Democracy a system, but also a ‘sanskar’- a part of our ethos. Eternal Vigilance is the Price of Liberty. One needs to be constantly alert about our Democracy, that is why we must also keep remembering the events that inflicted harm upon our democracy.

The believers of democracy fought a prolonged war, and the great nation that India is, where the spirit of democracy pervades the very being of all its people, the strength of that spirit was demonstrated when the opportunity of elections came. We have to further fortify that legacy.

Every Indian today, is proud and holds his head high. 21st June 2017 – Yoga has permeated the entire world.

In China, Yoga was practiced on the Great Wall of China, and on the World Heritage site of Machu Picchu in Peru, at 2400 metres above sea level. In France, yoga was performed in the vicinity of the Eiffel Tower. In Abu Dhabi in UAE, more than 4000 persons participated in mass yoga. In Herat, in Afghanistan, on the India Afghan Friendship Dam, Salma Dam, Yoga added a new aspect to India’s friendship. In a small country like Singapore, programs were organised in 70 places, with a week long campaign. On the occasion of International Day of Yoga, the UN released ten stamps. A ‘Yoga Session with Yoga Masters’ was organised at the UN headquarters. The staff of the UN and diplomats from across the world participated.
Today, India’s flag is flying high not only on earth but also in space. Just two days ago, ISRO launched 30 Nano satellites with the ‘Cartosat-2 Series Satellite.’

And besides India, these satellites are of France, Germany, Italy, Japan, Britain and America, nearly 14 such countries. And with India’s Nano Satellite Mission, we will get a lot of help in the field of agriculture, farming, and dealing with natural disasters. We are all aware that a few days ago, ISRO has successfully launched the GSAT-19. And of all the satellites launched by India, this was the heaviest satellite. The newspapers of our country have compared it with elephantine weights. You can well imagine the magnitude of the achievement of our scientists in space.

There is no dearth of talent in our country. If the children in our family are interested in sports, they should be given opportunities. They should not be forced off the playing fields to be locked in rooms with books. They should study as well, if they can do well in studies, they should certainly do so, but if they have the potential and the inclination to do well in sports, that should be encouraged and supported by the school, college, family and all the people around them. Each one should nurture dreams for the next Olympics.