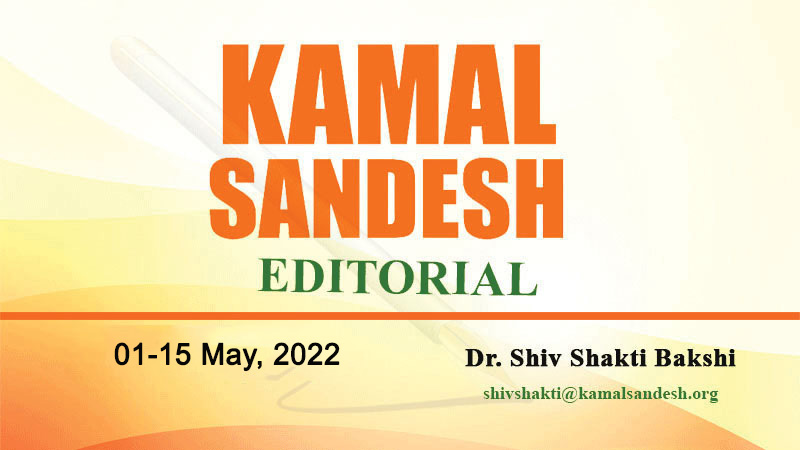 As BJP Karyakartas observed ‘Samajik Nyay Pakhwada’, the resolve to serve the poorest of the poor, deprived, exploited and marginalized sections of the society got reinforced through various programmes across the nation. The BJP has always been committed to the principles of ‘Antyodaya’ and believes that in the upliftment of the last man in the society lies the development of the entire nation. A large number of innovative schemes under the visionary and charismatic leadership of Prime Minister Shri Narendra Modi is transforming the lives of the poorest of the poor, opening new avenues of opportunities for the marginalized and deprived, making life easier for women, youth, tribals and scheduled caste people while assuring a life of dignity and equity to every section of the society. From 7th April 2022 to 20th April 2022, BJP Karyakartas celebrated the schemes like Ayushman Bharat, visited Janaushadhi Kendras, met the beneficiaries of PM Awash Yojana, highlighted the importance of Jal Jivan Mission and schemes like PM Kisan Samman Nidhi Yojana, Crop insurance scheme and other initiatives aimed at transforming lives of the farmers. While observing Jyotiba Phule Jayanti and Babasaheb Jayanti in the course of celebrating the ‘Pakhwada’, Vacciationa Day, a day each for PM Garib Kalyan Anna Yojana, Scheduled Tribe welfare, Financial Inclusion Pride Day, Swachh Bharat Mission, Nutrition campaign was dedicated. It not only renewed the pledge of service but also facilitated participation of people in these programmes at various levels.

While the world is still battling the challenges of Covid-19 pandemic and many countries are still in throes of its various waves, India under the strong leadership of Prime Minister Shri Narendra Modi has presented an example of how challenges can be converted into opportunities. For India, Covid-19 pandemic was a crisis which appeared insurmountable in the wake of its huge population, but the united spirit of the nation brought forward a New India which not only took innovative measures within the country but also extended a helping hand to many needy countries across the world. While poorest of the poor was taken care by launching PM Garib Anna

Kalyan Yaojana which provided free ration to more than 80 crore people during the pandemic and still giving relief to the poor with an extended timeline, the production of ‘Made in India’ vaccines in the country was a huge achievement. It is a matter of pride for every Indian that more that 90% population of the country has been administered at least one dose of the vaccines, vaccination has been started for 12+ children and precaution jabs have begun in the country. While the world saw how the Indians were brought back to the nation amid Covid-19 pandemic under ‘Vande Bharat Mission’, the resolve of the nation was witnessed when Indian students were brought back amid raging war from Ukraine under ‘Operation Ganga’. A strong and confident India has emerged from the global crisis of last two years of pandemic with the nation registering many achievements and emerging as the fasted growing major economy in the world.

The increasing support of the people across the nation to BJP is the result of the party’s commitment to the mantra of ‘Sabka Saath, Sabka Vikas, Sabka Vishwas, Sabka Prayas’. A strong India has emerged under the determined leadership of Prime Minister Shri Naredra Modi which is not only capable of facing any challenges within the country but also ready to shoulder responsibilities across the world. It can be seen that all global crises, where it is pandemic or war, are resulting in emergence of stronger India with India exploring and optimizing its own potential while paving the path for an ‘Aatmnirbhar Bahrat’. The deep trust of the people in the leadership of PM Shri Narendra Modi can be seen in the continuous showering of the blessing by the people in every part of the country. A confident India has arrived!