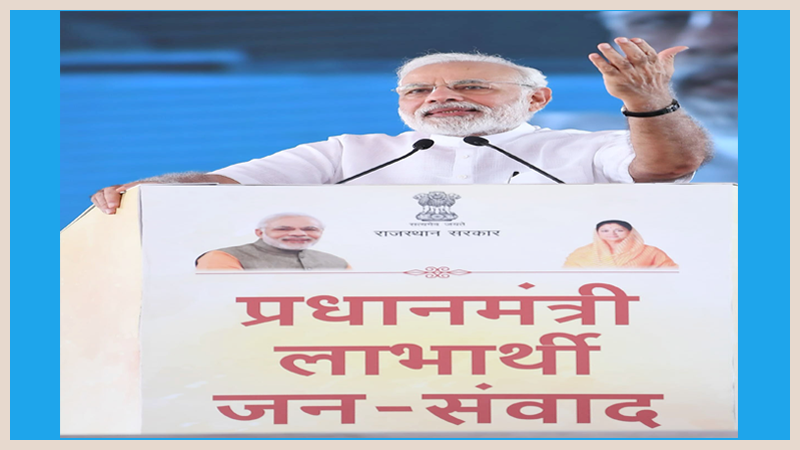 Rally of beneficiaries of welfare schemes

Launching a scathing attack on the Congress, Prime Minister Shri Narendra Modi said the opposition party was now being called a ‘bail gaadi’ as several of its leaders were out on bail.

Several leaders who are called stalwarts of the Congress and former ministers are out on bail these days, Shri Modi said at a rally in Jaipur, making a pun using the Hindi word for bullock cart.

Making an apparent reference to the surgical strike on terrorist camps in Pakistan-occupied Kashmir (PoK) in 2016, he criticised the Congress for questioning the capabilities of the Army.

“It is unfortunate that political opponents also committed a sin by raising questions on the capabilities of the Army. This has never happened before and the people will not forgive those who are doing this kind of politics,” he said.

The Prime Minister said his government had resolved the issue of one rank, one pension for defence personnel.

Shri Modi was addressing a rally of beneficiaries of welfare schemes run by the Centre and the state government in BJP-ruled Rajasthan, where assembly elections are scheduled later this year.