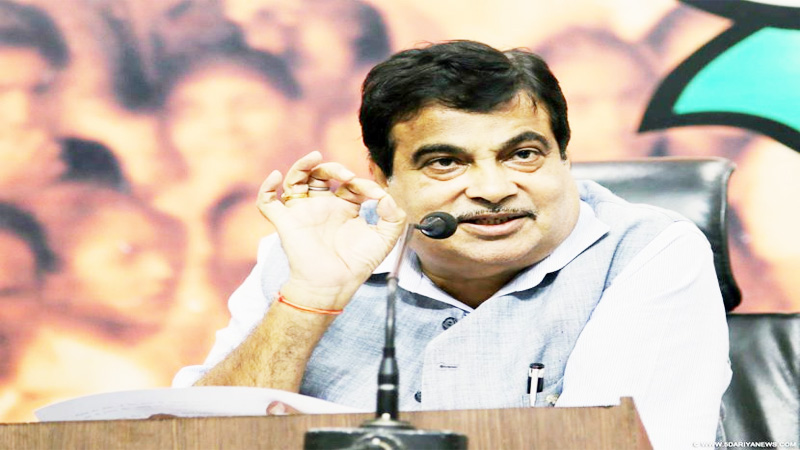 Addressing a campaign rally at Pathalgaon in Jashpur district of Chhattisgarh, he also said the credit for transforming the country’s image in the last five years not only go to the BJP government, but also to the people who gave majority to the BJP.
“Pandit Jawaharlal Nehru, Indira Gandhi, Rajiv Gandhi and Sonia Gandhi, all gave the slogan ‘garibi hatao’ and people voted for them, but they did nothing.

“Similarly, Rahul Gandhi has started misleading the country by lying to people. He is making a false promise of giving Rs 72,000 per year to the poor,” Shri Gadkari said. “It is wrong, because they cannot give it. From where they will get the money? To mislead people has been the Congress’ policy,” he said.

“During its 50-year-rule, the Congress spread the poison of casteism and communalism. They misled people by telling them that the BJP government is anti-Dalit and it will change the Constitution. They tell Muslims that this government will chop them off (‘katwa denge’) and send them to Pakistan,” he said.

“The Congress is spreading lies because it cannot seek votes on the basis of its work,” he said.

“We are working to fulfill the dream of making India a super-economic power,” he added. He sought votes so that the BJP could continue the process of development and crack down on corruption.

He also referred to the Modi government’s initiative to clean up the Ganga, saying now its water was so clean that Congress general secretary Smt. Priyanka Gandhi could drink it (when she visited Varanasi). Smt. Priyanka Gandhi could also travel from Varanasi to Prayagraj by a boat because of the Modi government’s internal waterway development program, he added.

Key irrigation projects remained incomplete for want of funds earlier, but the Modi government helped states to complete such projects and take water to the fields, Shri Gadkari said.

Shri Gadkari, also said that 450 buses are being run in Nagpur on bio-CNG, saving on diesel consumption, and the experiment will be extended to many other cities.