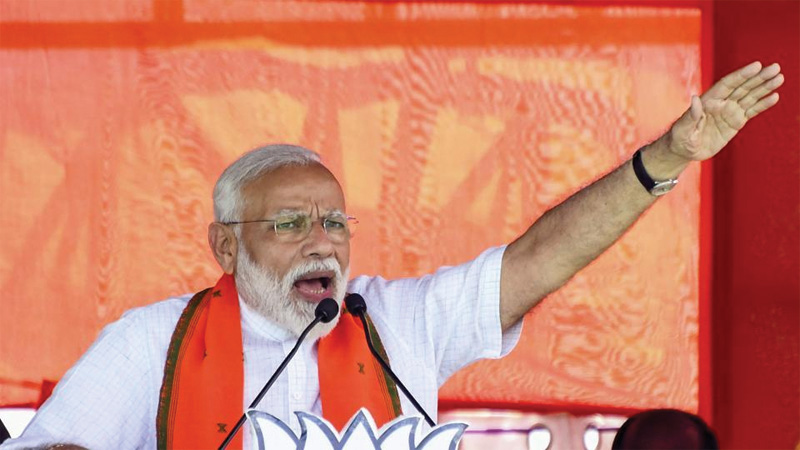 Nearly 300 people were killed and more than 500 other injured after six blasts in three Sri Lankan churches and three five-star hotels on Easter on April 21. In the blast till now five Indians were also killed. There is possibility of the death of few more Indians.

“Strongly condemn the horrific blasts in Sri Lanka. There is no place for such barbarism in our region. India stands in solidarity with the people of Sri Lanka. My thoughts are with the bereaved families and prayers with the injured”, the Prime Minister said.

Prime Minister Shri Narendra Modi had telephonic conversations with the President and Prime Minister of the Democratic Socialist Republic of Sri Lanka and conveyed heartfelt condolences on his own behalf and on behalf of all Indians at the loss of over one hundred and fifty innocent lives in today’s terrorist attacks in Sri Lanka.
Prime Minister renewed the offer of all possible help and assistance to Sri Lanka for ensuring its security against the challenges such as those posed by terrorism. He also wished the injured speedy recovery and offered all required assistance for their treatment.