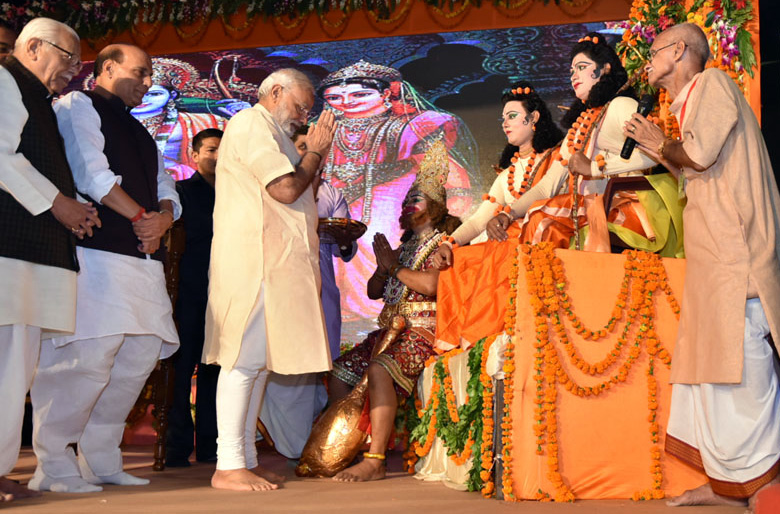 Greetings the people on Vijaya Dashami, the Prime Minister said he is fortunate to be a part of this ancient Ramleela.
He described Ramleela as the festival of victory of truth over falsehood; and of defeating the oppressor. He said that as we burn Ravana every year, we should all resolve to remove the ills from ourselves, our social structures and our nation. He asked the people to resolve to end ten shortcomings within themselves, each Dussehra. He emphasized that all of us have the strength to try and end these evils, and make this nation great.

Describing terrorism as the enemy of humanity, the Prime Minister said that Shri Ram represents the best of humanity, and is an epitome of sacrifice and dedication.

Home Minister Shri Singh said that Lucknow, which is his Lok Sabha constituency, represents the composite culture of the country. He said the city is the ‘karmabhoomi’ of former prime minister Shri Atal Bihari Vajpayee.
On the occasion Uttar Pradesh BJP President Keshav Prasad Maurya and UP Governor Ram Naik were also present among other senior leader.