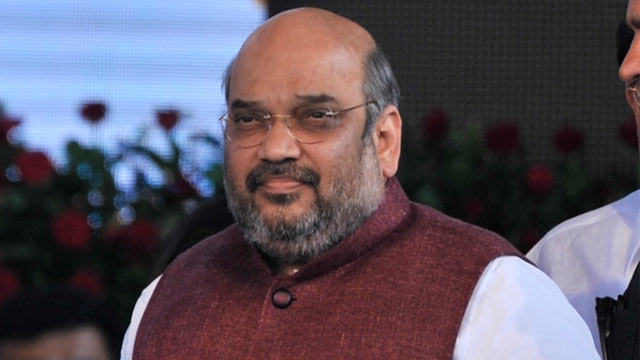 BJP National President Shri Amit Shah said the Narendra Modi government had taken steps to secure the country’s borders and pursued policies which have made India the fastest growing economy in the world. “Under the NDA government, no one will dare insult our martyrs like Hemraj. No one can dare commit any misadventure and our brave forces, due to the government’s strong political will, are ready to meet all challenges,” he said on the occasion of 35th annual fair of trader community at Agroha in Hisar on October 16, 2016.

For the last many years, there were talks about bringing in GST, but by combining all including VAT, Octroi, Service Tax and Excise Duty, Shri Narendra Modi has fulfilled the dream of traders. An extremely courageous and decisive step has been taken by Shri Narendra Modi by fulfilling GST dream, he said.

“Once it (GST) is implemented from April 1, 2017, it will further increase the economic might of India in the world. It is a bold step taken by the government,” he said.

Without naming Congress, Shri Amit Shah alleged that the successive governments at the Centre allegedly failed to create enough employment opportunities and said those who framed the policies earlier were unaware that the country also belonged to businessmen and small traders.
He said the BJP government had taken several steps to generate jobs through self-employment which has empowered the youth.

“Through Mudra Bank, loans ranging from Rs. 10,000 to Rs. 10 lakh have been extended to small traders without guarantee. During past two-and-a-half years loans worth Rs. 2 lakh crore have have been given to 4.5 crore youths by our government and this is a big achievement,” he said.

Shri Shah also touched upon schemes like Stand-up India and Start-up India and Make in India. “In five to ten years, this country will be the top economy of the world,” he said.

The BJP President said more than 250 initiatives have been taken by the Modi government to improve trade and because of this the country has moved forward in Global Competitive Index. It is because of these efforts that foreign companies are keen to set up projects in the country, he added.

He said, “Earlier economists did not understand that this country is of businessmen, small traders, this country was of people who are capable of working on their own. Nobody can give employment to 125 crore people. BJP has enabled the youth of this country of giving employment through self-employment schemes.”

Prior to the programme Shri Amit Shah offered prayers at the main temple at Agroha Dham.