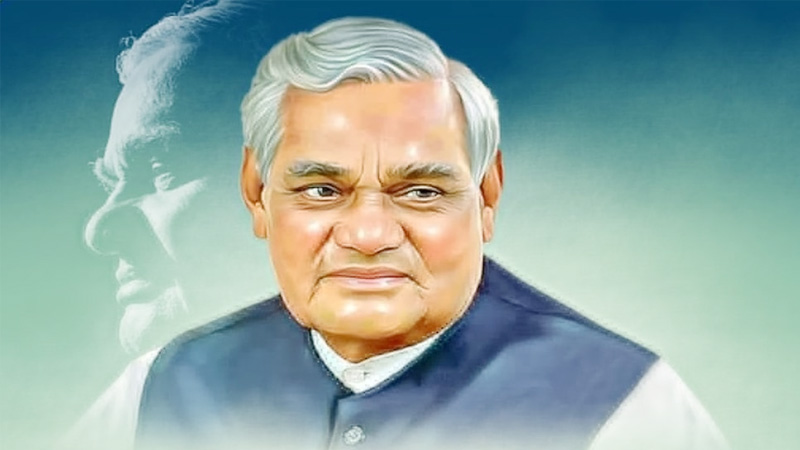 Special series starting from the Punyatithi of Atal ji (16 August)

On 28 May, 1996 India witnessed an epic moment at Lok Sabha in the Parliament and the person behind that moment was the then Prime Minister of India Shri Atal Bihari Vajpayee. Notably, the Bharatiya Janata Party emerged as the single-largest party in the general elections of 1996 with 161 Members. The President of India Shri Shankar Dayal Sharma invited Atalji to form the government and gave him two weeks time to prove its majority. After 13 days, by not indulging in horse trading, Shri Atal Bihari Vajpayee decided to face the trust vote and he delivered this memorable speech during the ‘Motion of Confidence’ in the Parliament. We are publishing Excerpts of the third part of the historic speech for our esteemed readers :

I have been listening to your criticism since yesterday and now you are not prepared to listen to a little bit of criticism. Is it my fault if the voters have not given a clear majority to any party? We have been given the chance as the single largest party because people wanted a change. Is it also our fault?

Mr. Speaker, Sir, I am not talking about West Bengal, I have mentioned about it yesterday. It is a different matter that their number of seats and percentage of votes have decreased this time. I fail to understand that two parties fought the elections against each other; and now when they joined hands with each other they are saying that the mandate was against BJP and 82 per cent voters voted in their favour. It is a peculiar logic which is being given here.

We held a large discussion on it. Earlier, you were not in favour of any discussion on this motion. But when a discussion was initiated, the hon. Members took keen interest in it and we have had a good discussion in the House. Now the time has come to make a decision on it. Even then you are feeling so perturbed. You are so anxious to come to power so soon.

I remember the day when you split the Janata Party and took Chaudhury Charan Singh to South Block and stood in front of his chair. The time which was given to me to mobilize majority or support has been properly utilized by me. I have had talks with different political parties. Some parties have come to our support and some other parties expressed their difficulties. Some parties are of the opinion that they will lose some of their votes if they support us. I can understand if any political party is worried about its vote bank but how long and to what extent this game of vote bank will continue? Will they ignore the national interest for the sake of vote bank? When we talk about minorities and say that they should get full protection equal opportunities equal rights people level charges against us that we do not practice what we say. Such matters can be discussed in the House. Our party Government in the States is functioning accordingly and if you give us a chance in the Centre we can show you as to how all these things are implemented. I fail to understand that every political party is talking about the biggest minority community but no one is bothered about the Sikhs who are just two percent of the population. Just now you have listened to the agony of Shri Barnala. Nobody is bothered about them.

Mr Speaker Sir, I remember those days when Sikhs were being massacred In Delhi riots. One of our BJP workers came to me in the cover of darkness. I could not recognize him because he had cut his hair short and had shaved off his beard. I asked him as to what he had done with his hair and beard and why he had come surreptitiously in the cover of darkness? He told me that he could not come to me in the daylight. He could not come out of his house with his long hair. That was why he had sacrificed his hair. He had come to narrate his tale of woe to me. At that time we advocated the cause of Sikhs. That was why we lost elections at that time and the Congress Party captured power by exploiting anti-Sikh sentiments of the people. We did not do that.

It will be better for my friend Shri Mulayam Singhji not to utter anything in this regard. During his tenure as Chief Minister of UP the women who were coming to Delhi for a rally in support of their demand for Uttaranchal were raped and this fact has been substantiated even by the court. And after that Shri Mulayam Singh ji has no face to say anything.

Mr. Speaker, Sir, all these friends have been speaking for the last two days. Now I have got a chance to speak. They want to shut my mouth but this will not happen. If they try to do so on the strength of numbers we will be forced to take this war of ideologies to the streets.

I would like to stress on the point which I mentioned in the beginning. There should not be polarization in the country, neither on the communal line nor on the caste line. The politics should also not be divided into two camps which sans dialogue and discussion. Today, the country is in crisis. Whenever needed, we helped the Government to tide over the situation. Being the Leader of the Opposition, I was deputed by the then Prime Minister, Shri Narasimha Rao to represent India in Geneva. Members of the Pakistani delegation were taken aback on my inclusion in the Indian delegation.

There should not be
polarization in the country,
neither on the communal line
nor on the caste line. The
politics should also not be
divided into two camps which
sans dialogue and discussion

In that country the leader of the Opposition is only interested in pulling down the Government. This has not been our tradition and moreover it is quite contrary to our nature. I wish this tradition to continue. The Governments will come and go but the nation will always remain there. The democracy of this country will live forever. Has it not become a difficult task in the present atmosphere? This discussion will conclude today but the chapter which is going to start from tomorrow requires some deliberation. The bitterness should not be allowed to grow. I do not know the basis on which the United Front selected Shri Deve Gowda as its leader because he was not the first choice of the United Front. He was their fourth choice. Now he is going to become their first choice for the Prime Ministership.

l regret that during the discussion the names of such organisations were mentioned here which are independent and are engaged in the task of nation and character building. I am referring to RSS. One can have differences with the ideologies of RSS but the kind of allegation leveled against RSS was not warranted. Even the Members of Congress and other parties respect and admire the constructive work being done by the RSS and they also lend their cooperation for the same. If they go and work among the poor and work for the spread of education in tribal areas they should be felicitated for their endeavour. All sorts of cooperation should be extended to them. Shri Deve Gowda, whom you are going to elect as leader of United Front is well acquainted with the merits of RSS and moreover he himself has praised RSS for its activities.

Mr. Speaker Sir, My friends should know that I have also come here after getting elected. They should also know that being the leader of the largest party I have been appointed as Prime Minister by the President of india. It is at the directive of the President that I have come to seek the vote of confidence of the House Now.
I was saying that those who are patriots, rational In this country and those who wish welfare of the country from the core of their heart and have come in contact with RSS, know that this organization is dedicated to the country for its well being. I will cite a recent instance. I am not mentioning that after the Chinese aggression, the voluntary organisations which were invited to participate in the Republic Day parade for showing solidarity with Pandit Nehru, RSS was one among them. Communists were not there. Where were they at that time? Even during the time of Shri Lal Bahadur Shastri, who was also a popular Prime Minister of the country, when we had a war with Pakistan, educated people were needed to control the traffic in Delhi and it was again RSS volunteers who offered their services to control the traffic.