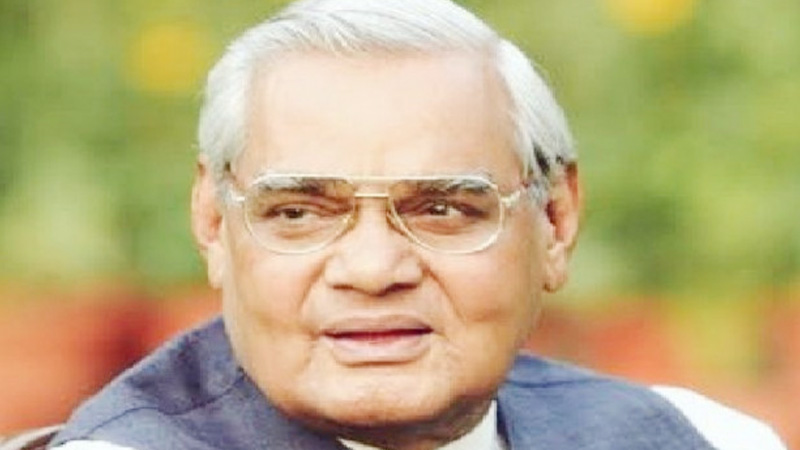 On 28 May, 1996 India witnessed an epic moment at Lok Sabha in the Parliament and the person behind that moment was the then Prime Minister of India Shri Atal Bihari Vajpayee. Notably, the Bharatiya Janata Party emerged as the single-largest party in the general elections of 1996 with 161 Members. Then President of India Shri Shankar Dayal Sharma invited Atalji to form the government and gave him two weeks time to prove its majority. After 13 days, by not indulging in horse trading, Shri Atal Bihari Vajpayee decided to face the trust vote and he delivered this memorable speech during the ‘Motion of Confidence’ in the Parliament. We are publishing excerpts of the second part of the historic speech for our esteemed readers:

This system cannot serve the twin objective i.e. percentage of votes as well as number of seats. Our country has not adopted the list system of proportional representation. I have always been pointing out the defects of the Westminster system in which at times it is quite possible that a party getting a lesser number of votes on an aggregate may corner a disproportionately larger number of seats or Vice-versa is also possible. In Kerala a coalition Government has come to power with just a one percent margin of votes, dislodging the party in power. The difference in votes was of just one percent but this difference which we are having presently has to be recognized. And now the total numbers of votes you are having are being counted but I can make a count of your own percentage of votes which will be only to your disadvantage. They now say that they are uniting. Are they uniting for the explicit purpose of providing a stable and responsible Government in the country? I do not want to repeat, that they have not chalked out a program so far, and nor have they approached the electorate with a common program. The mandate received and the vote percentage obtained about which they are now talking is for different States and for divergent reasons. In Tamil Nadu it was the Congress that was fighting against DMK and not our Party. The same situation was obtained in Andhra Pradesh where we were nowhere in the picture. How can they say the mandate is against us when it was the congress that they were fighting against and not us? What sort of a mandate is this? Say explicitly what you are murmuring. Say openly that you will not let us come to power at any cost. It is proper to speak in such a vein. The spirit behind this speech is even more depreciable. A bogeyman is being created In this House that India is moving toward a Hitler type of dictatorship and fascism is rising in the country. This sort of fear is being created. The persons who are debutants in this House and are quite unaware of even the dignity of the house. I have been in parliament for forty years now. We have been working as a party here on democratic lines and have been contesting elections.

Sir, The mandate is against Congress. The strength of the Congress in the House stands reduced to just half of its previous strength here. The people have given their verdict differently In different States disregarding which all other parties are now uniting and enlisting Congress support and the latter walling to extend its unqualified support to them. I do not want to reiterate what my friend Mr George Fernandes said yesterday. The stand taken by the other parties seems to be that irrespective of whatever invectives they might have hurled at each other but now they should unite and let the BJP not form the Government. If this is your collective decision then I would not say anything. Nonetheless such a decision would be negative reactionary, aimed at the sole purpose of stalling us from coming to power and hardly conducive to the health of democracy.

I want to caution them today. On our part, we are ready to sit in the opposition. Mr Speaker Sir, when I joined politics I never dreamt of becoming an MP. I was a journalist. I am not keen on the type of politics being practiced today. I do wish to renounce politics. But politics itself refuses to pant company with me.
Then I became the leader of the opposition, today I am the Prime Minister and after some time I shall cease to be so, I was not overjoyed when I became the Prime Minister and nor I shall have any qualms when I demit office. However I would like to raise some Issues.

Today, a number of fresh allegations are being leveled against us that we have not included Certain Important Issues in the President’s Address. The President’s Address makes no mention of Ram Temple, Article 370 and uniform Civil code and so much so that Swadeshi slogan has also been jettisoned. All this is being said in a tone as if they are much aggrieved on account of our putting aside these issues whereas these are the people who have all along been criticising us for these Issues. They have been holding us guilty because we intended to construct Rama Temple and wanted abrogation of Article 370 of the Constitution and ask us how we can keep the unity of the country intact. Even though it has been written in the constitution and the Supreme Court has also vindicated that viewpoint that there should be a Uniform Civil Code but we cannot say the same? If one says so then one would be branded as subverted of the unity of the country.

They have been holding us guilty because we intended to construct Rama Temple and wanted abrogation of Article 370 of the Constitution and ask us how we can keep the unity of the country intact.

If we say that these issues are not part of our present program because we do not have the majority. We are fighting for the majority if the people’s mandate is not in your favour. They have not fully accepted us either and with the mandate we have received now, we are not in a position to implement all the programmes. We wanted the majority but we could not get. We have emerged as a single largest party and our endeavour is to evolve a workable system through consensus and that is why we did not touch upon the disputed issues. What objection do you have over it?

Now, the United Front is being formed. It is good if it has been formed but its programme is yet to be chalked out. If that has been done, then have they assimilated the philosophy and the programmes of the Marxist party in it, in totality? If they have done so, then why has the Marxist Party kept a distance from the Government? When a United Front is formed, a number of parties come together.
When different political parties come together every party has to give up some of its programmes. In 1977 also we were supporting the demand for abrogation of Article 370 of the Constitution. Shri Ram Vilas Paswan, who is present here, was with us at that time. In 1977 we were in favour of making Atom Bomb also but when we realised that democracy was in danger and there was a need to save it, we kept aside many of our party programmes. Due to the imposition of Emergency, the entire country was turned into a jail. We all decided to work together to stop authoritarianism. At that time no one asked us as to why we were not pressing for the demand of abrogation of Article 370. In a way it was right. Now, you are forming a Unified Front so each one of you will have to forgo some of your party programme. The Hon’ble President has given us time up to 31st because he knew that we were not in majority. But the Hon. President called us to form the Government because we were the single largest party In the House. He gave us time upto 31st May so that we may talk to other political parties and make efforts to form a stable Government. Such things are happening in other countries also. It was being done here.