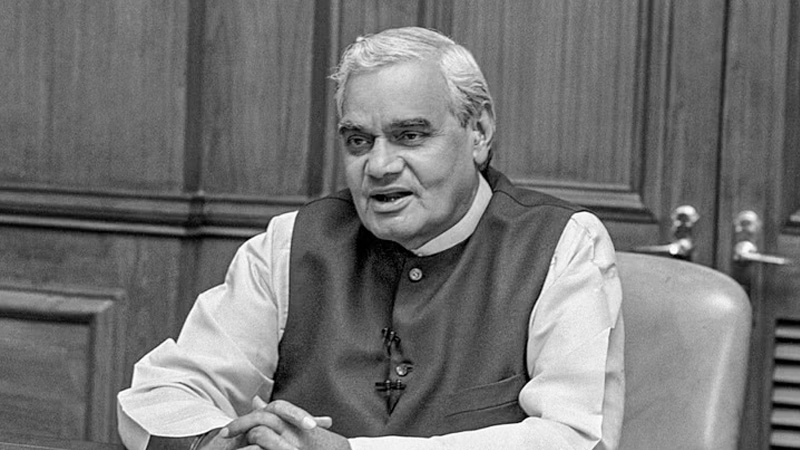 On 28 May, 1996 India witnessed an epic moment at Lok Sabha in the Parliament and the person behind that moment was the then Prime Minister of India Shri Atal Bihari Vajpayee. Notably, the Bharatiya Janata Party emerged as the single-largest party in the general elections of 1996 with 161 Members. Then President Shri Shankar Dayal Sharma invited Atalji to form the government and gave him two weeks time to prove its majority. After 13 days, by not indulging in horse trading, Shri Atal Bihari Vajpayee decided to face the trust vote and he delivered this memorable speech during the Motion of Confidence in the Parliament. We are publishing the excerpts of this historic speech…

Mr. Speaker, Sir, I shall feel highly obliged if the House listens to me with patience after having witnessed so much uproar. I want to express my thanks to all those who have participated in the discussion on my Motion. This House is meant for peaceful, restrained and rational debate. Some friends wanted that there should be no debate on it and the Motion should be put to vote right away so that they could be enthroned immediately after they left the House.

Sir, I have been in Parliament for the last 40 years. Such occasions have come many times. I have been witness to formation of Governments, change of Governments and installation of new Governments, but on every occasion, democracy in india has emerged stronger and I am sure, this occasion will not be an exception.

Sir, I have been a critic to the Governments all these 40 years. Today, most of the times I had to listen to criticism. There is a saying in Marathi : “Nindkache ghar asave shojari, i.e. “निंदक नियरे राखिए, आंगन कुटी छवाय”. You should keep your critic near you, otherwise sycophants will spoil you. If you have a critic, he will keep you spotless without any cost.

I would like to extend my special thanks to Sarvashri George Fernandez of the Samata Party, Sarpotdarji of the Shiv Sena. Barnalaji of the Akai Dal and Jai Prakash ji of the Haryana Vikas Party who have supported my Motion. Those who have criticized will get a reply to their criticism. However, I would especially like to mention Shri Murasoli Maran. I have a special word of gratitude for my dear friend Shri Murasoli Maran. Despite our differences on certain issues, he was generous enough to set the record straight on the issue of horse trading by stating categorically that we did not use suit-cases to convert our minority into majority. He has in fact demolished the baseless and politically motivated allegation leveled by some members. I am also glad that Thiru Maran has taken note of our resolve to restore the balance of resources in favour of States.

We have always held the opinion that the Centre cannot be strong if the States are weak. Thiru Maran is disturbed over our advocacy of one nation, one people, one culture. I am happy that he shares our perception of one nation. But I must say that he has got it all wrong on our interpretation of one people and one culture. I categorically state here that the BJP does not stand for uniformity. We recognize India’s multi-religious, multi-lingual and multi-ethnic character.

Lord Rama has said that ‘I do not fear death, if at all I fear, I fear bad name, I fear public odium’. My political career spanning 40 years has been as a pen book. But when the electorate voted us as the single largest party, should we have rejected their mandate?

Sir an allegation has been leveled against me that I have a lust for power and whatever I did during the last 10 days was nothing but lust for power. This allegation has hurt me deep in my heart. Just now, I said that I have been in Parliament for 40 Years. The hon. Members have seen my behavior and my conduct. I had been In the Government with my friends in the Janata Dal. I have never done anything wrong in pursuit of power. During the course of this debate a remark has been made repeatedly that personally Vajpayee is a good leader but his party is not good.

Lord Rama has said that ‘I do not fear death, if at all I fear, I fear bad name, I fear public odium’. My political career spanning 40 years has been as a pen book. But when the electorate voted us as the single largest party, should we have rejected their mandate? When the Hon. President invited me to form the Government and told me that the oath of the council of Minister would take place the next day and the majority should be proved by the 31st, should I have run away from shouldering the responsibility? When I initiated the discussion, I had clarified this point also isn’t it a fact that we have emerged as the single largest party? Now, I shall come to the other arguments that are being given in this regard. On being invited to form the Government, should I have asked the Hon. President to give me some time so that I may have consultations in the party?

When the President told me that the oath ceremony will take place the next day and I was given time up to 31st May 1996 to prove majority, I offered to make best use of the time being given to me by talking to other parties in a bid to garner the support and try to create an atmosphere conducive to moving ahead on the basis of a common programme. What is objectionable in it? How does it indicate our greed of power? Moreover the decision to form the Government was not just mine, rather it was that of the party.

Once the date i.e. 31st of May was fixed for a trial of strength and it could take place only on the floor of the House. We never subscribed to the view that this trial of strength should take place either in Rashtrapati Bhawan or Raj Bhawan. It therefore became necessary to summon the House and once the House is summoned President’s Address is a Constitutional obligation. We could have listened to some other business too for the sitting, at least we could have moved a Motion of Thanks on the President’s Address but neither people on the Opposition benches permitted nor insisted on it. We looked for the earliest opportunity for the trial of strength. Hence the Motion of Confidence was brought on 27th May and today is 28th May and the matter will be decided. We could have insisted that since we have been given time up to 31st May and we will remain in power.

Sir, one should not be hit below the belt or be put under a cloud. I never played this game and will never play such a game in the future. Democracy in a system now they are making a count of the percentage of votes we got. Under the Westminster model of the parliamentary system that our country has adopted, the number of votes or the percentage thereof which a party gets is not taken into account; what counts is the number of seats that a party wins.